Member Login
SYTA»News»‘Hadestown’ and ‘Oklahoma!’ Take Home the Tony—See Them at The Best of Broadway!
Share This 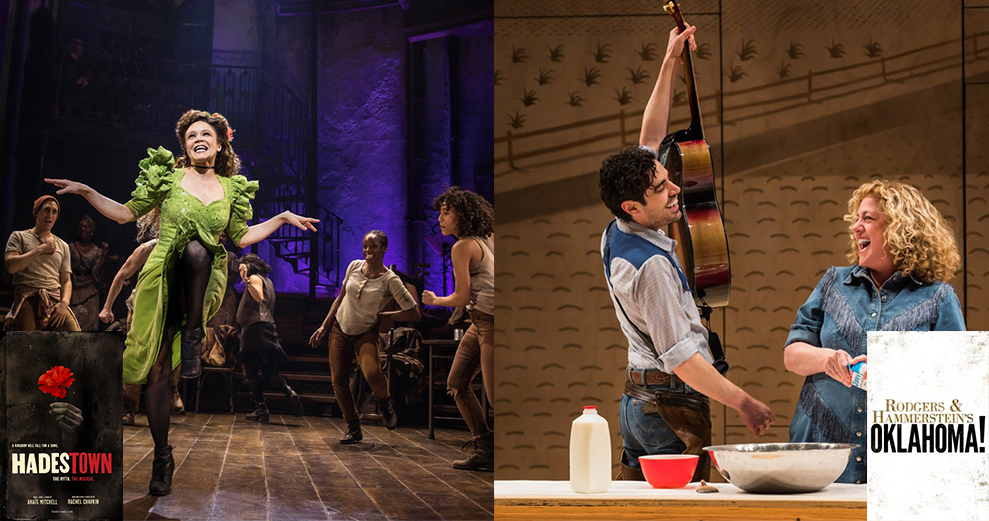 ‘Hadestown’ and ‘Oklahoma!’ Take Home the Tony—See Them at The Best of Broadway!

The Tony Awards® was a thrilling night filled with music, heart, and humor that brought the theatre industry to its feet worldwide. With show stopping numbers and impassioned speeches the 2018 – 2019 Broadway season ended on a high note! We are thrilled to bring two of the big winners Hadestown and Oklahoma! to perform at the Best of Broadway at the SYTA Annual Conference in Birmingham this August.

Fresh off their phenomenal 8 Tony Award wins, including Best New Musical, Hadestown is one of the most talked about shows of the season.

Welcome to Hadestown, where a song can change your fate. This acclaimed new musical by celebrated singer-songwriter Anaïs Mitchell and innovative director Rachel Chavkin (Natasha, Pierre & The Great Comet of 1812) is a love story for today… and always. Hadestown intertwines two mythic tales as it invites you on a hell-raising journey to the underworld and back. Performed by a vibrant ensemble of actors, dancers, and singers, this haunting and hopeful theatrical experience grabs you and never let’s go.

Over 75 years after Rodgers & Hammerstein reinvented the American musical, this is Oklahoma! as you’ve never seen or heard it before — reimagined for the 21st century. “Forget your traditional idea of Oklahoma! Daniel Fish’s daring, brilliant, utterly absorbing re-interpretation is dark and different — brilliantly so.” (The Daily Beast) “An audacious, sexy, upending ride” (NY1) that’s “as stimulating and jolting — and as fresh — as last night’s fever dream. Oklahoma! is astonishing.” (The New York Times) Taking home the Tony Award for Best Revival of a Musical, Rodgers & Hammerstein’s Oklahoma! is not to be missed!

Both shows pair perfectly with your favorite Broadway Classroom Workshop. Take an Improvisation workshop and be transported to the world of Hadestown or a Stage Combat workshop to experience the rawness of the new frontier in the heart of New York City.

Mark your calendars for Monday, August 12th to see these moving shows at the Best of Broadway!