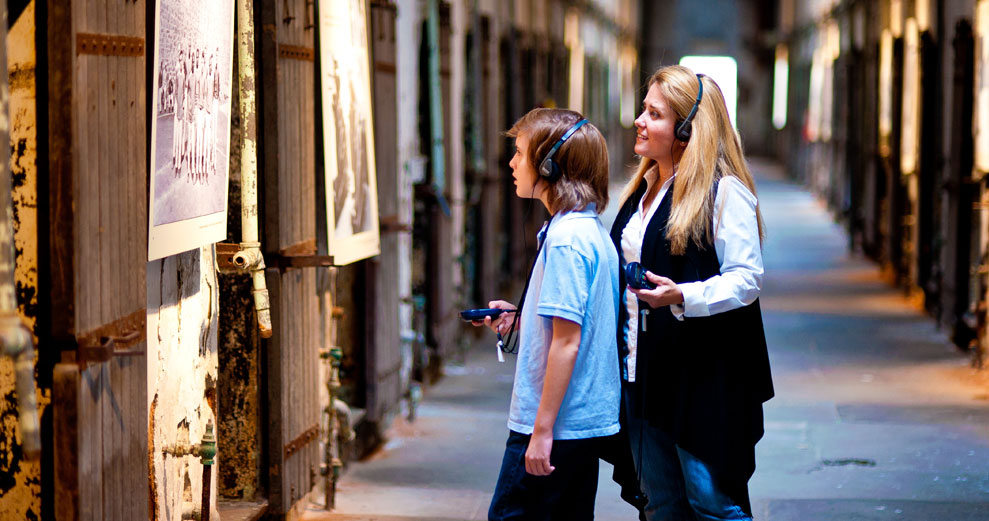 Students not exactly jumping on their history lessons? You can always strike some fear into them! Haunted tours are excellent means for students to learn legitimate history, have fun and foster their imagination.

Make no mistake: Legends of the past can be used to inform the present and future. Many haunted tours involve stories of social justice issues from the past, such as crime and slavery, that could be used to foster conversations with students today.

And not just on Halloween, but every day.

Chicago Hauntings Ghost Tour
Chicago served as the site of the St. Valentine’s Day Massacre and other gruesome tales, and tours by Chicago Hauntings have been dubbed some of the best in the United States. Thirty-year veteran paranormal researcher Ursula Bielski and her staff of expert historians and paranormal investigators have been hosting tours for more than a decade. Their multiple tours to choose from give students a compelling look at Chicago history—with a bit of a different angle. The itinerary can be tailored to your curriculum.

Colonial Ghosts
Williamsburg, Virginia, is known as a Living History Museum, and Colonial Ghosts brings a paranormal past to life. The Historical Ghost Walking Tour revolves around real stories of people who lived in the city: Each story is researched, fact-checked and verified before being published—and customizable to fit curriculum and educational goals. There are more than 300 years of colonial history to choose from, including the Revolutionary and Civil War, Native American relations with the colonists, and the history of the College of William and Mary.

Eastern State Penitentiary
Once the most famous and expensive prison in the world, the crumbling cellblocks and empty guard towers of Eastern State Penitentiary in Philadelphia, Pennyslvania, are plenty haunting for students. Student group tours allow an immersive and interactive look inside the prison’s 142-year history, as a lens to examine the larger story of American history. Tours are tailored to grade level and can be customized for current curriculum and student interests.

Shanghai Tunnels
There’s often a story behind something. Yet when it comes to Old Town in Portland, Oregon, the story is beneath the cobblestone streets. Men who came to work in Portland—sailors, loggers, cowboys and others—were kidnapped through trapdoors in saloons and smuggled through the underground network of Shanghai Tunnels to the waterfront, where they were sold to sea captains who forced them to work aboard their ships for no pay. Educational tours of the Portland Underground focus on the shanghai trade that survived for nearly a century, from 1850 to 1941. The Shanghai Tunnels are known for being the most haunted place not just in Oregon, but the entire West Coast.

French Quartour Kids
New Orleans, Louisiana, has a reputation as “The Most Haunted City in America.” With tombs resting above ground in cemeteries and old-world architecture of the French Quarter, the city can get a bit spooky for youngsters. French Quartour Kids walking tours are teacher-written, interactive and full of props and maps—not to mention tons of strange and fascinating facts from the past. The Spooky Tour allows kids ages 5 to 10 to interact with the past while winding through the city streets and learning about the 19th-century French Quarter.