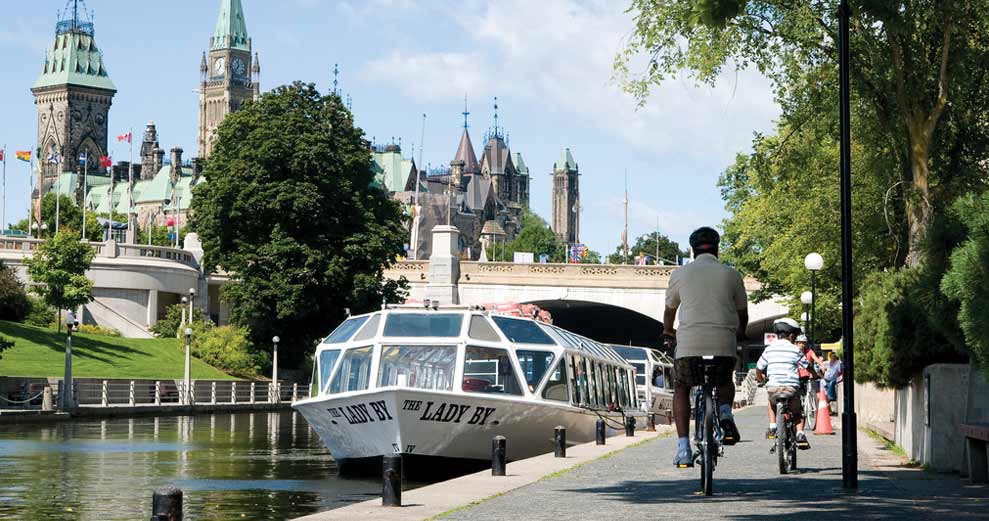 6 Can’t-Miss Activities to Do in Ottawa

It’s true: Ottawa, Ontario, is a city for all seasons and all reasons. Learn about some can’t-miss activities students could safely enjoy in Canada’s capital and cultural hub.

Haunted Walk
Explore the city’s spooky side with a walking tour of Ottawa, where ghost stories are around every corner! During the classic Ghosts and the Gallows tour, visit death row, the gallows, and other chilling locations inside the Old Carleton County Jail, one of the most haunted buildings in North America! Was the wrong man hanged for the murder of D’Arcy McGee? Does he haunt the jail today?

Canada Aviation and Space Museum
The Canada Aviation and Space Museum is home to the most extensive aviation collection in Canada and one which ranks among the best in the world. Canada’s rich aviation heritage is revealed through exhibits of vintage aircraft from the museum’s permanent collection. Interactive activities, films, demonstrations, and guided tours offer visitors a chance to explore the story of flight. The museum is also home to the Canadarm—the mechanical arm used on the NASA Space Shuttle.

Escape Manor
Escape from a number of different themed rooms at one of four Ottawa locations from this escape room company. More special experiences include Escape the Diefenbunker, the world’s largest escape room, which so happens to be located 75 feet underground in a nuclear war bunker turned national museum, and an online escape experience called Taken that could be played from anywhere.

Canadian Museum of History
The Canadian Museum of History is an architectural masterpiece that students will love. Canada’s largest and most popular museum offers the world’s largest indoor collection of totem poles, the magnificent First Peoples Hall, temporary exhibits, a CINÉ+ theatre, and the engaging and interactive Canadian Children’s Museum. Learn about Canada’s history at the Canadian History Hall by traveling through three distinct eras from Canada’s past or stop into the First Peoples Hall to learn about the history, diversity, creativity, resourcefulness, and endurance of Canada’s First Nations. The museum is currently offering free outdoor experiences and limited admission to the main interior spaces.

Escape Bicycle Tours
Rent a bike or sign up for a guided tour from Escape Bicycle Tours and Rentals and explore the recreational pathways by bike! With almost 500 miles of pathways that link parks to museums and attractions across Ottawa, this is a great way to explore Rideau Canal, the Ottawa River, and other parts of the city.

Canadian War Museum
Located along the Ottawa River just west of the Parliament Buildings and downtown Ottawa, the energy-efficient Canadian War Museum facility is a living memorial to Canada’s proud military history, from the earliest days of New France to current-day operations. It features large artifacts such as tanks and airplanes as well as a stunning collection of war art—including a gallery of “nose art” from World War II airplanes. The building also includes a 236-seat theater, reading rooms, restaurant with outdoor terrace, gift shop, dedicated group entrance and a large reception area. The museum is currently offering free outdoor experiences and limited admission to the main interior spaces.