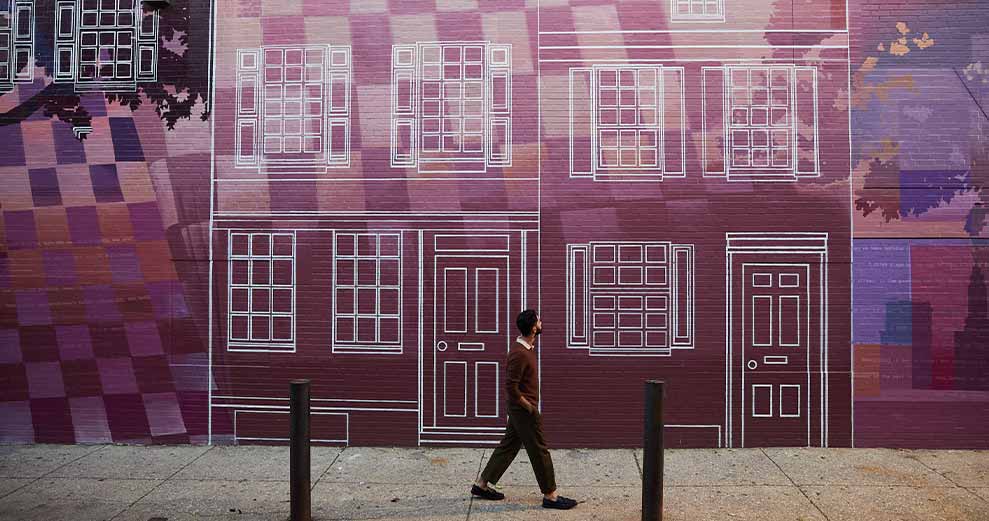 A City of Murals

What started as an anti-graffiti program in Philadelphia, by artist and educator Jane Golden in 1984, has now grown to be a leading internationally recognized program with over 4,000 works of community-based public art. Today, thanks to Golden and Mural Arts Philadelphia, students could easily see these exceptional works throughout the city.

The plan was to partner with local graffiti artists and offer them ways to use their skills in a positive way. It was an immediate success—and Golden, who is now MAP’s executive director, realized that art could promote change.

Mural Arts Philadelphia has activated some of Philadelphia’s most unassuming locations and is part of a larger campaign by the city to repurpose public spaces and create positive dialogue in communities. The projects are driven by the residents who are involved in the development of neighborhood murals from conception to culmination, with anywhere between 50 and 100 new pieces being commissioned each year.

The largest public art program in the United States offers students the opportunity to see some of these murals on guided and self-guided tours, or by foot, trolley, train, or Segway.

Discover why Philadelphia is called the “Mural Capital of the World.”

Written by Robin Bloom, Content Manager, Philadelphia Convention and Visitors Bureau. Robin has covered arts and culture in Greater Philadelphia for over 20 years.