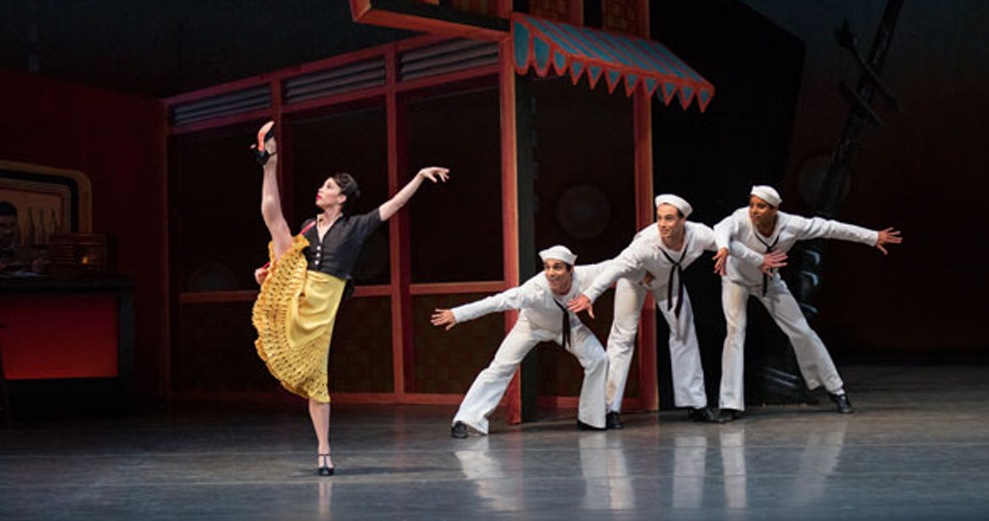 A Tribute to a Groundbreaking Choreographer

To mark the centennial of the birth of Jerome Robbins, New York City Ballet (NYCB) Co-Founding Choreographer, the Company has assembled a collection of some of his most celebrated works. The Robbins 100 is a tribute to Robbins’ remarkable contributions to classical dance at large, and his indelible impact on the NYCB repertory.

While many know Jerome Robbins’ choreography from Broadway musicals like Gypsy and Fiddler on the Roof, his foray into the world of dance began with dancing and choreographing ballet. After the success of his ballet Fancy Free in 1944, Robbins evolved the piece into the hit musical On the Town, in just eight months. He would continue to work both on Broadway and in ballet throughout his career. In 1957, Robbins was part of the creative team that conceived the groundbreaking musical West Side Story—a modern-day Romeo and Juliet story based in Manhattan’s Upper West Side.

After a 13-year hiatus, he turned his focus back to ballet in 1969 with the premiere of the critically acclaimed Dances at a Gathering. During the remainder of his tenure at NYCB, Robbins would go on to produce major masterworks of the NYCB repertory, including The Four Seasons, Opus 19/The Dreamer and Glass Pieces.

The Robbins 100, which runs May 4 – 20, will feature 21 beloved ballets including West Side Story Suite, Dances at a Gathering, The Concert and Fancy Free. Group reservations are available for groups of 10 or more, and with programs ranging from laugh-out-loud to distinctly dramatic, Robbins 100 has something for every student group.