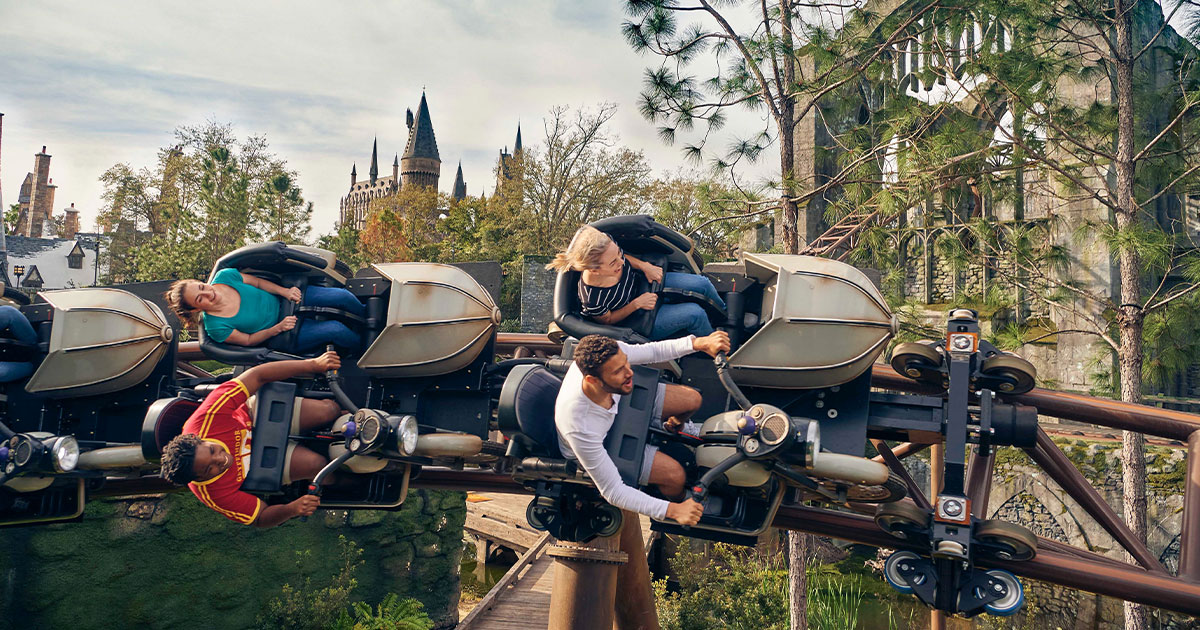 Over the past two years, Universal Orlando Resort has continued to create exciting new experiences, from rides to stunt shows and meet & greets.

Though Universal’s new Epic Universe park went on pause in July 2020, construction is back under way, with an expected rollout of 2025. In the meantime, the other parks are continuing to roll out new and unique attractions.

Here are just a few of the big new experiences for your student group to see if you haven’t been back to Universal Orlando since before the pandemic began:

Madagascar. Trolls. Puss in Boots. Kung Fu Panda. For the first time ever at Universal Orlando Resort, many of DreamWorks Animation’s most popular characters are coming down from the screen to meet you, dance with you, even strike a pose with you in a fun, interactive experience. Say hello to your favorites, snap a photo, and enjoy it all in air-conditioned comfort. Plus, with a rotating cast, you can come back at different times and catch more of the characters you want to see.

Speeding through the jungle, rising high above the terrain, it’s the apex predator of roller coasters: the Jurassic World VelociCoaster. Now you can board your vehicle for a high-speed dash through the park’s Velociraptor paddock. Feel the rush of the hunt as you race alongside these nimble predators, twisting and soaring above the land and water.

The chase is on! The Bourne Stuntacular is now open at Universal Studios Florida. This stunt show has audiences asking, “How on earth did they do that?” Through a cutting-edge fusion of stagecraft and film, you follow our hero Jason Bourne across three continents as sinister characters pursue him. Forget what you know about stunt shows — the Stuntacular is charting new territory.

Students love Harry Potter, and now’s the time to join Hagrid as you fly deep into the wilds of the Forbidden Forest, beyond the grounds of Hogwarts castle, on a thrilling roller coaster ride that plunges into the paths of some of the wizarding world’s rarest magical creatures. Either be Hagrid in the driver’s seat of the flying motorcycle or Harry in the sidecar. Experience Hagrid’s Magical Creatures Motorbike Adventure — Universal’s most highly themed, immersive coaster — only at The Wizarding World of Harry Potter’s Hogsmeade.

Escape to the perfect sunset and save with rates that are extra-affordable at this Value hotel. Soak up the scenes of a cool, calm coastal retreat with plenty of two-bedroom family suites that sleep six. Rates are as low as $91per night and include exclusive benefits like Early Park Admission (theme park admission required) and complimentary transportation to Universal’s theme parks and CityWalk. It’s a carefree escape inspired by sand, sea and breathtaking sunsets.

For more information on how your student group can enjoy Universal Orlando, visit universalorlandoyouth.com.