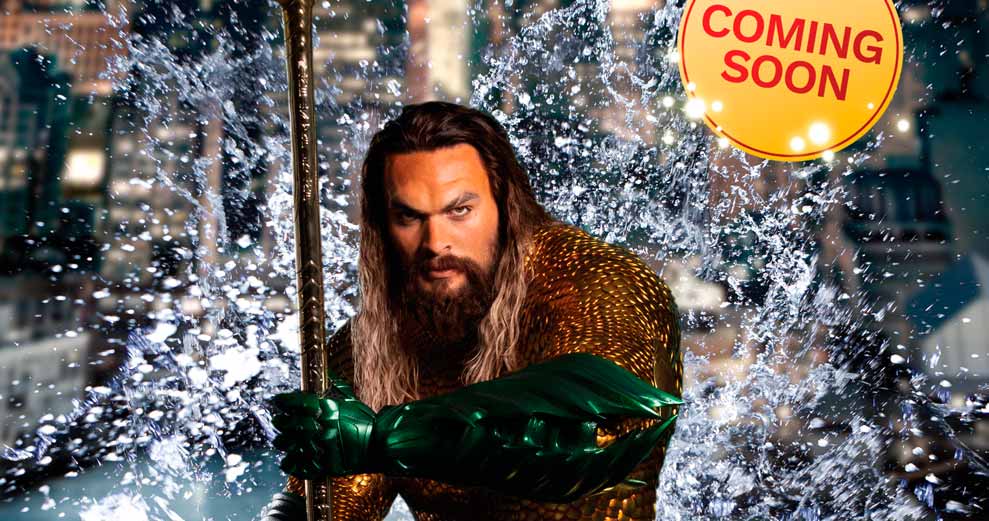 The Future King of the Seven Seas is making waves at Madam Tussauds Orlando—and students can check out Jason Momoa as Aquaman before the Warner Bros. Pictures’ film Aquaman hits theaters!

Designed in collaboration with Warner Bros. Consumer Products on behalf of DC Entertainment, the figure captures every detail from the title character in the feature film Aquaman and is outfitted in the all-new suit designed for the movie. In the experience, Aquaman’s commanding presence will rise above the streets of Metropolis where students must unite with an all-star cast of DC Super Heroes to save the world.

“There is nowhere else in the world where fans can not only see a striking wax figure of Jason Momoa as Aquaman before the film hits theatres, but also take a selfie with the A-lister and actually join him in battle with the Justice League to save the world,” said Madame Tussauds Orlando General Manager James Paulding.

“It’s the adventure of a lifetime that only Madame Tussauds can deliver!”

Justice League: A Call for Heroes debuted this summer, offering an unrivaled and immersive experience for students and fans of the iconic DC Super Heroes. Part of a seismic shift within the Madame Tussauds brand, the experience features special effects that include a series of hands-on, interactive missions and a larger-than-life-set where students can become the stars of their favorite stories. The attraction also marked the first-time-ever that super fans could get up close and personal with some of their favorite DC Super Heroes—including Gal Gadot’s Wonder Woman, Henry Cavill’s Superman and Ben Affleck’s Batman—as they fight to save the world from Lex Luthor’s evil corporation, LexCorp.