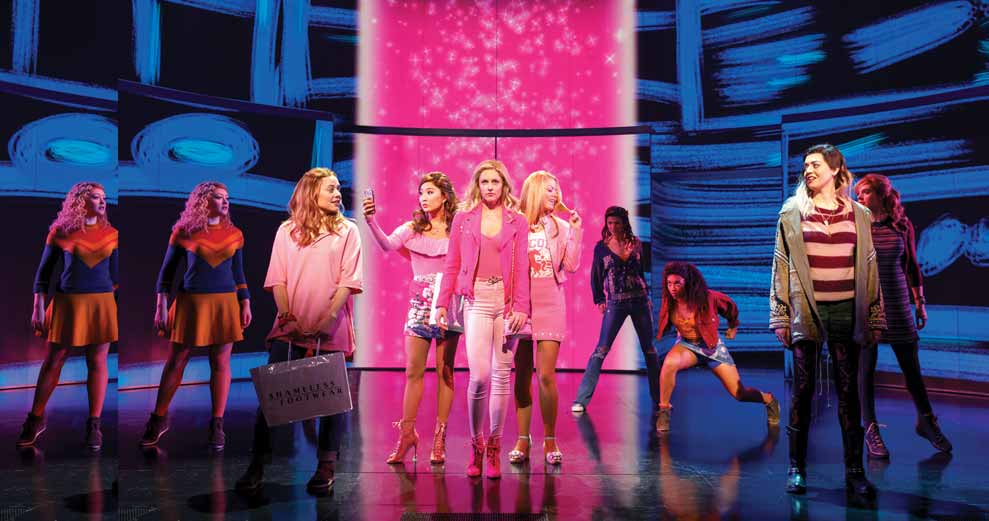 Baltimore Welcomes The Best of Broadway!

Even in the height of summer, “the show must go on” on Broadway (eight times a week, in fact!) and at Group Sales Box Office’s headquarters we’re busy finalizing performances, videos, and even a few surprises to make the Best of Broadway the biggest event at this year’s SYTA Annual Conference in Baltimore! This year, we are excited to announce four shows that are making their SYTA debuts: KING KONG, MEAN GIRLS, MY FAIR LADY, and THE PROM!

The world’s most epic modern myth comes alive on Broadway through an innovative mix of animatronics, puppetry, and music. KING KONG follows an ambitious young actress and a maverick filmmaker as they voyage from 1930s New York to an uncharted island to capture the world’s greatest wonder. At the center of this 21st-century theatrical reimagining is a 2,000-pound, 20-foot high gorilla, and the woman who risks everything to help him.

Cady Heron may have grown up on an African savanna, but nothing prepared her for the wild and vicious ways of her strange new home: suburban Illinois. How will this naïve newbie rise to the top of the popularity pecking order? By taking on The Plastics, a trio of lionized frenemies led by the charming but ruthless Regina George. But when Cady devises a plan to end Regina’s reign, she learns the hard way that you can’t cross a Queen Bee without getting stung. Directed by Casey Nicholaw (The Book of Mormon), MEAN GIRLSfeatures a book by Tina Fey (“30 Rock”), music by Jeff Richmond (“Unbreakable Kimmy Schmidt”), and lyrics by Nell Benjamin (Legally Blonde).

Lerner & Loewe’s MY FAIR LADY has returned to Broadway in a lavish new production from Lincoln Center Theater, which brought you the Tony-winning revivals of South Pacific and The King and I. This stellar cast – led by Lauren Ambrose, Harry Hadden-Paton, Norbert Leo Butz, Diana Rigg, Allan Corduner, Jordan Donica, and Linda Mugleston – tells the story of Eliza Doolittle, a young Cockney flower seller, and Henry Higgins, a linguistics professor who is determined to transform her into his idea of a “proper lady.” But who is really being transformed?

Four fading Broadway stars are in desperate need of a new stage. So when they hear trouble is brewing around a small-town Indiana prom—and the press is involved—they know it’s time to put a spotlight on the issue…and themselves. Now Broadway’s brassiest are coming to fight injustice and kick-ball-change the world.  THE PROM stars Tony® winner Beth Leavel, who makes her SYTA debut in Baltimore!

Join us on Monday, August 27th at 12:30pm and experience not just Broadway, but the BEST of Broadway.