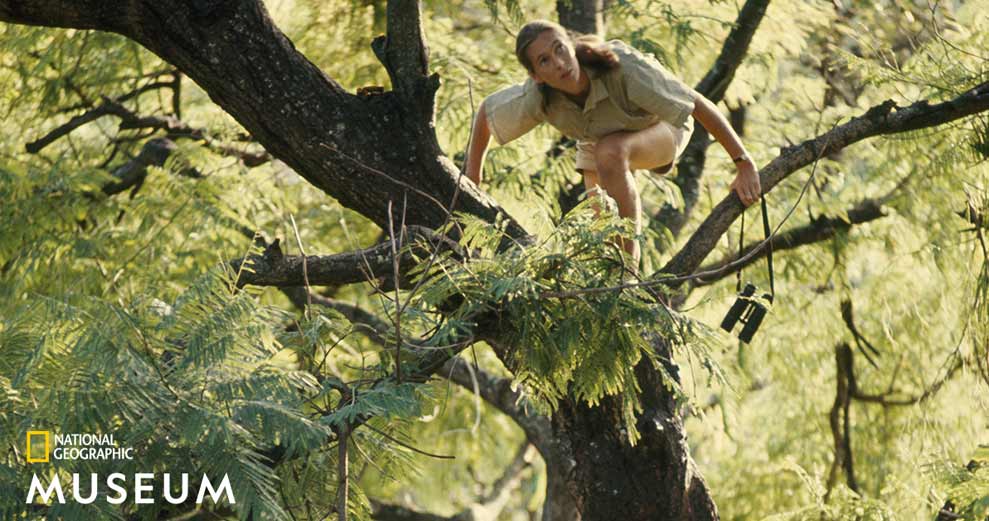 Becoming Jane explores Dr. Goodall’s life, from her early years as an intrepid young woman with a dream to learn about animals in Africa, to her years establishing herself as a renowned scientist in Gombe, Tanzania, to her present role as an activist, mentor, and advocate for creating a better world for all life on Earth.

Widely known for her innovative approach to animal behavioral research, Goodall traveled to what is now Tanzania’s Gombe Stream National Park and immersed herself in observing chimpanzees in their natural habitat. Her work studying the lives of chimpanzees in the wild captured the imagination of the world. Rather than seeing the animals as subjects, she came to know them as individuals with personalities and emotions—a notion once rejected by the scientific world, yet now considered revolutionary.

Her story—one of fearless determination, curiosity, the pursuit of knowledge and passionate love of the natural world—has resonated with generations of people around the globe. The impact of Goodall’s inspiring life is the focus of this exhibition, which will celebrate her enduring legacy and the 60th anniversary of her arrival in Gombe and the start of her prolific career.

Her work in Gombe, for which she received grants from the National Geographic Society, was the subject of National Geographic’s first television documentary. Goodall’s decades-long career has also been covered in many magazine stories and subsequent films, including the Emmy Award-winning Jane, directed by Brett Morgen in 2018.

“Jane Goodall has been inspiring National Geographic audiences, young and old, for almost 60 years,” said Kathryn Keane, vice president of public programming, National Geographic Society. “This exhibition allows us to experience her amazing life story in a highly personal and powerful way. Through immersive media, authentic scenics and interactives, this exhibition takes visitors into the field and around the world with Jane, walking in her shoes and experiencing her powerful message of hope firsthand.”