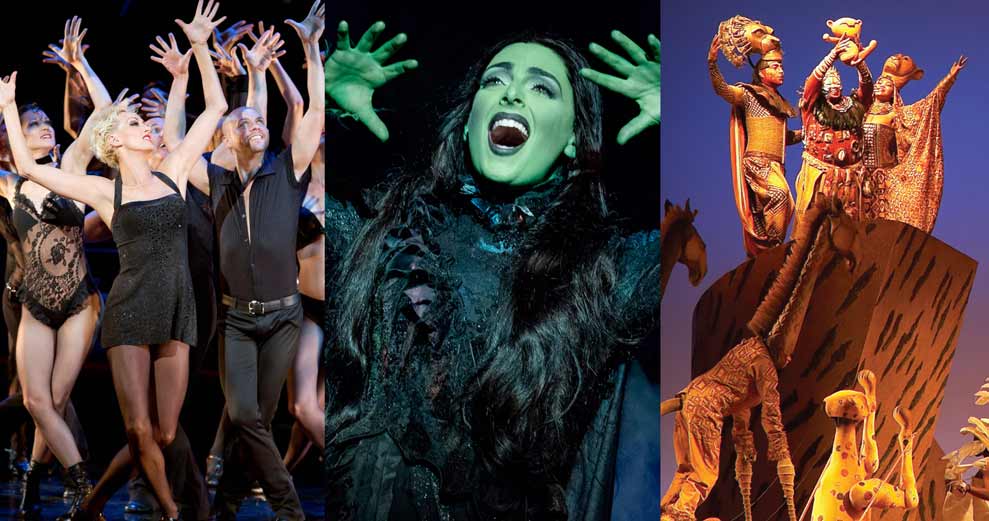 As New York City emerges from its pandemic hibernation, visitors are coming back and rediscovering what they love about the greatest city in the world. While many attractions are already welcoming visitors with open arms, NYC won’t be truly back until Broadway is back.

The good news is, Broadway is ready to turn the lights on and welcome back audiences this fall! Tickets are currently on sale for a number of returning shows, with more coming soon, and new shows will be announced as plans are finalized.

The question on everyone’s lips, though, is when will performances start? With COVID-19 restrictions mostly lifted in New York state, large theaters like the ones on Broadway are hoping to be able to start performances at full capacity in September.

In fact, a bunch of shows have already announced start dates after Labor Day. Early-bird ticket buyers can snap up tickets for the first return performances of Hadestown on September 2, as well as Chicago, Hamilton, The Lion King, and Wicked on September 14. More favorites are set to start after that.

As teens get vaccinated and teachers start to prepare for a regular school year next fall, getting students back into the arts will be an important part of the curriculum. Students’ connection with the live performing arts was severely diminished during the pandemic—Zoom musicals and YouTube videos don’t capture the energy of seeing a show live on stage—so as school and Broadway safely resume, it is vital that students are given the opportunity to rekindle their love of the arts.

And “art” is the most important word here. Just as the Great Plague brought about Shakespeare’s King Lear, who knows what kind of amazing art will be created in the wake of this devastating pandemic? NYC’s theatre insiders are already fueling talk of an artistic renaissance that will bring about new works from diverse voices across the cultural spectrum in 2021 and beyond.

No matter what’s onstage, safety will be front and center as Broadway opens its doors. Although policies and guidelines are constantly changing these days, producers and theatre owners are committed to following current scientific advice at the time of the performance. Moving to contactless ticketing and using enhanced cleaning at the theatres are just a couple ways Broadway will safely welcome people back.

Broadway is almost ready. Tickets are on sale, theatres are getting spiffed up, and performers are ready to start rehearsals. Now it’s up to the theatre fans—especially teachers and students—to come back to NYC and help bring Broadway’s curtain up again!