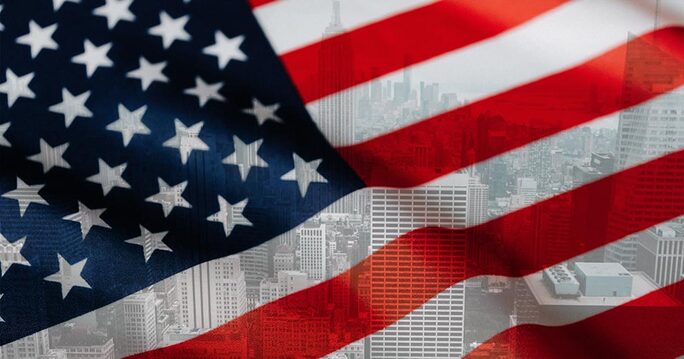 As fun as the fireworks are, what we’re really celebrating on the 4th of July is the birth of a nation—establishing the United States of America as its own country with its own laws (and taxes).

The story of how our countries came to part ways is foundational to America’s history as a whole. Luckily, there are museums all over documenting and celebrating this history, making for a perfect stop on any student travel itinerary.

Independence National Historic Park is a section of Philadelphia that “represents the founding democracy, including Independence Hall and the Liberty Bell.”

Independence Hall is where the Declaration of Independence and U.S. Constitution were both signed, making it one of the most important visits for a history enthusiast. See The Assembly Room where they were signed, the courtroom of the Pennsylvania Supreme Court, the Governor’s Council Chamber and more.

There’s also the Liberty Bell, a powerful symbol of freedom and the fight for equality.

Then, head to the National Constitution Center, a super hands-on museum with an interactive Constitution. Book a day with a Constitutional Ambassador to get a full day of education, including a theater performance! You’ll discuss what the important document protects, how it shapes our lives and how changes like Amendments have come about.

The next day, check out the nearby Museum of the American Revolution. This museum dives deep into the history of the Revolutionary War, with exhibits covering entire battles, interactive features, and a huge collection of historic art and objects.

This historic house museum includes two buildings, the Ladd-Gilman House and the Folsom Tavern. The museum opened after an electrician discovered the original publication of the Declaration of Independence, a Dunlap Broadside. Both buildings are full of history and focus on the Revolutionary War and how the people of Exeter played a role.

Boston’s history park includes eight sites, most of which are connected by the Freedom Trail, a historic walking tour of Boston. The Bunker Hill Monument, Charlestown Navy Yard, Dorchester Heights, Old North Church and more all played a huge part in America’s success during the revolution there. See where Paul Revere lived, where he lit the signal lanterns and more.

This museum in Yorktown “tells the story of the nation’s founding, from the twilight of the colonial period to the dawn of the Constitution and beyond.” Dynamic gallery exhibits, films, living-history areas and more all explore every aspect of America’s creation.

The Jamestown Settlement is here as well, offering the experience of America’s first permanent English colony.

If you want to see the actual Declaration of Independence, the Constitution and the Bill of Rights, you need to head to the National Archives Museum. The rotunda is open for viewing most days, with exhibits, tours and events to return when COVID has died down.

This city may not have all the museums of Philadelphia and Washington, D.C., but it is name after the Declaration of Independence! That alone is a good enough excuse to visit, but you can also see plenty of history, especially surrounding the life of President Truman.