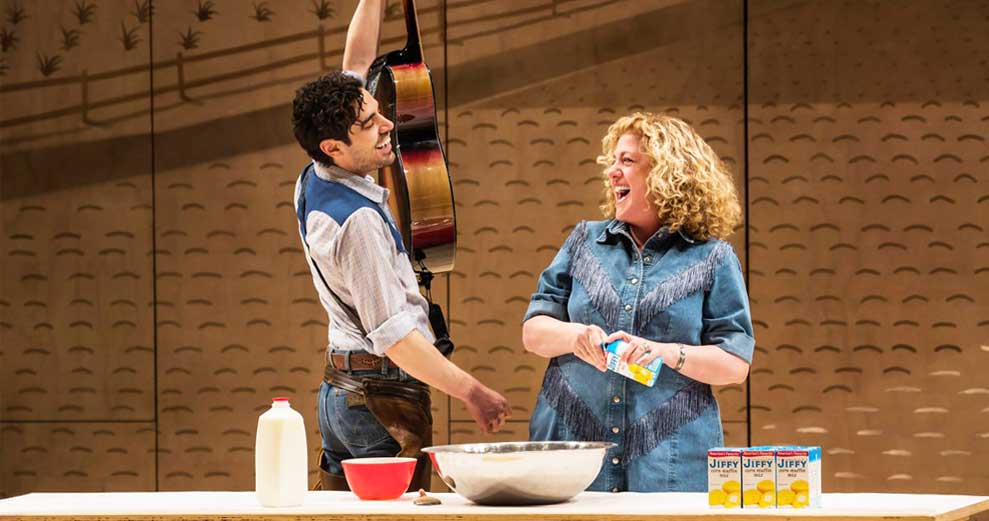 Check Out These Tony-Nominated Broadway Hits!

Awards season is in full swing here at Broadway.com—and the first week of May brings the most prestigious nominations of them all: The Tony Awards®. From new hits to fresh takes on familiar favorites, the Tony’s Class of 2019 has something for everyone.

Hadestown, nominated for 14 Tony Awards—the most of any show this season, including Best Musical—intertwines the mythic tales of young dreamers Orpheus and Eurydice and of King Hades and wife Persephone as it invites groups on a hell-raising journey to the underworld and back. Best Book and Best Original Score nominee Anaïs Mitchell’s beguiling melodies and Best Director nominee Rachel Chavkin’s poetic imagination pit industry against nature, doubt against faith, and fear against love. Performed by a vibrant ensemble of actors, dancers, and singers, Hadestown is a haunting and hopeful theatrical experience that grabs you and never lets go.

Ain’t Too Proud – The Life and Times of the Temptations is the electrifying new musical that tells a story of brotherhood, family, loyalty and betrayal as it charts the rise of the legendary R&B super-group from the streets of Detroit to the Rock & Roll Hall of Fame. Featuring such unforgettable songs as “My Girl,” “Just My Imagination,” “Get Ready,” and “Papa Was a Rolling Stone,” this inside look at The Temptations’ untold story has been nominated for 12 Tony Awards, including Best Musical.

Dorothy Michaels is the biggest sensation to hit Broadway in years. She can act. She can sing. She can dance. She can do anything—except reveal who she really is: an out-of-work actor named Michael Dorsey. Nominated for 11 Tony Awards, Tootsie stars Best Actor nominee Santino Fontana. This new production features a score by Best Original Score nominee David Yazbek, a book by Best Book nominee Robert Horn, choreography by Best Choreography nominee Denis Jones and direction by Best Director nominee Scott Ellis.

“Forget your traditional idea of Oklahoma! Daniel Fish’s (Best Director nominee) daring, brilliant, utterly absorbing re-interpretation is dark and different—brilliantly so,” says Tim Teeman of The Daily Beast. After a sold-out, critically acclaimed run at St. Ann’s Warehouse, the #1 Theatrical Event of the Year (Time Magazine, 2018) comes to Broadway. Now nominated for eight Tony Awards, including Best Revival of a Musical, this is Oklahoma! as you’ve never seen or heard it before—reorchestrated and reimagined for the 21st century. The New York Times calls it “Thrilling, audacious, and delightful. This has always been a very American story, but has never felt like so much of one until now.”

The critics have crowned the new king—and queen—of Broadway! The Prom, now nominated for seven Tony Awards, is “a joyous and funny original musical that reminds you what Broadway is all about!” declares Variety. What happens when four stars leave the bright lights of Broadway and take leading roles in a small-town controversy making national headlines? You get The Prom, starring Best Actor nominee Brooks Ashmanskas, Tony Award winner and Best Actor Nominee Beth Leavel, and directed by Best Director nominee Casey Nickolaw.

For group tickets to these and other Broadway hits, call 800.BROADWAY, ext. 2, and be sure to tune into the Tony broadcast on June 9, 2019!