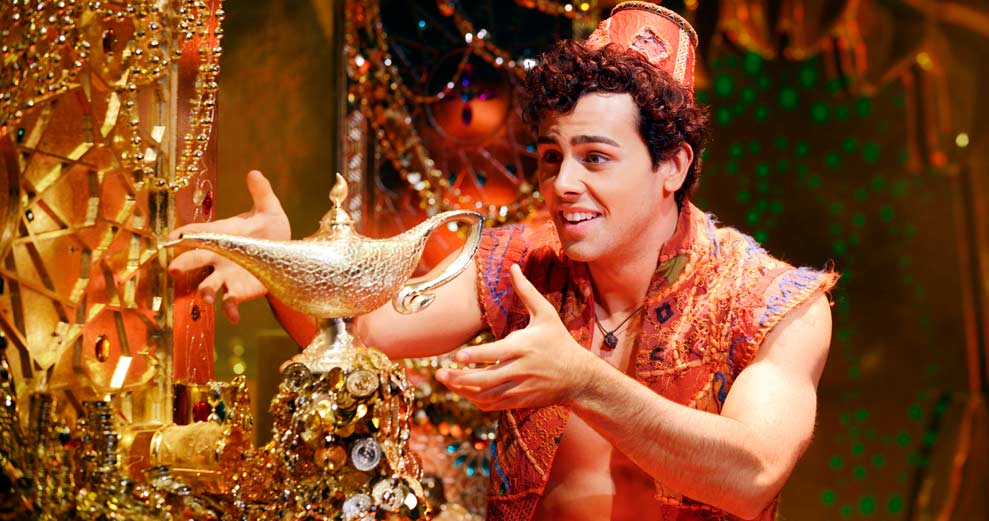 After a long hiatus, Disney on Broadway is back.

As of September 14, The Lion King performances will resume at Minskoff Theater and Aladdin will return to New Amsterdam Theater on September 28.

The return brings with it a suite of added benefits offering unprecedented flexibility. Disney is now paying 100% of Ticketmaster service and order frees, and you can exchange or cancel tickets for no charge, at any time.

For groups, rates now start with just 10 tickets. For The Lion King specifically, there’s new flexibility with payment due dates: You can book in advance and not have to worry about finalizing your group until about 45 days before the show. For Aladdin, a deposit policy allows you to finalize your booking 30 days before the show.

Plus, for individuals, Disney on Broadway is offering Double the Magic, a ticket for both shows starting at $149 total.

After 23 landmark years on Broadway, The Lion King continues ascendant as one of the most popular stage musicals in the world. Since its premiere on November 13, 1997, 25 global productions have been seen by more than 100 million people. Produced by Disney Theatrical Productions (under the direction of Thomas Schumacher), The Lion King has made theatrical history with three productions worldwide running 15 or more years and three others running 20 or more years.

Aladdin, the hit musical based on the Academy Award-winning animated film, opened to critical acclaim on Broadway at the New Amsterdam Theatre on March 20, 2014 and quickly established itself as one of the biggest new blockbusters in recent years, breaking 14 New Amsterdam Theatre house records. Worldwide it has welcomed more than 10 million people, grossed over $1 billion and its global footprint encompasses – when productions return from the Covid shutdown – Tokyo, Germany and Holland.

For more information on the return, visit disneyonbroadway.com.