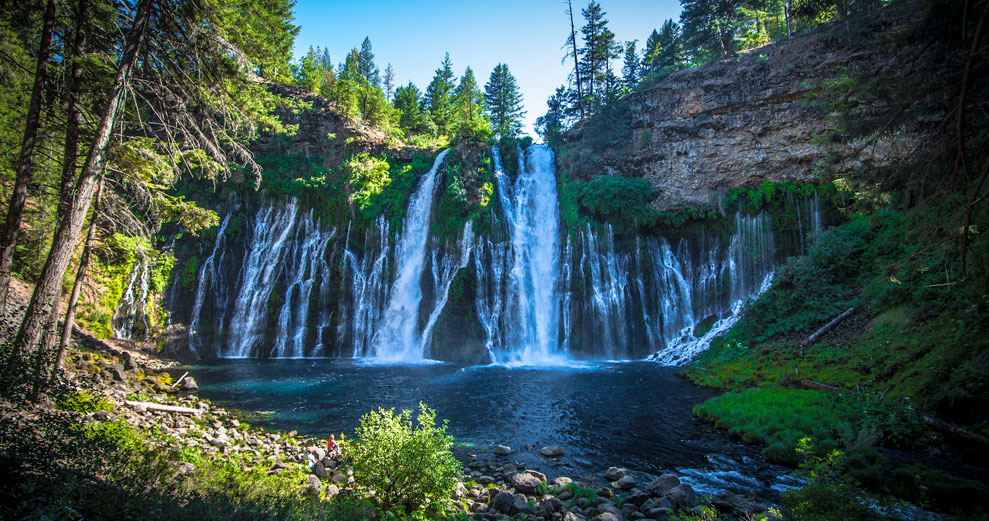 Located in the heart of Northern California, the picturesque city of Redding serves as an outdoor adventure playground for all group travel. Groups can fly into the Redding Municipal Airport or drive just two hours north on Interstate 5 from Sacramento, and only three hours from San Francisco.

Labeled as the sunniest city in California with over 300 days of sunshine per year, Redding is surrounded by 14 national and state parks boasting mountains, volcanoes, lakes, rivers, waterfalls, caves, trails and free or low-cost educational sites with informative guided group tours. Best of all, the lack of traffic makes for hassle-free transportation and accommodations to 22 tour bus-friendly hotels that feature over 2,000 rooms and are conveniently situated near 300-plus restaurants.

At the epicenter of the city is the famous Sundial Bridge, one of the largest working sundials in the world. The glass-decked pedestrian suspension bridge stretches across the Sacramento River, linking the McConnell Arboretum and Botanical Gardens to the Turtle Bay Exploration Park & Museum for 300 acres of fun. The story of the region can be learned at the park through interactive experiments, various wildlife exhibits and educational and entertaining activities that interpret the relationship between humans and nature.

The tour of the Lake Shasta Caverns National Natural Landmark is a geologic adventure unlike any other. A scenic catamaran cruise across Shasta Lake is the only way to access what geologists consider one of the most beautiful limestone caves in the country that originated 250 million years ago. A free guided tour is also available of the nearby 602-foot tall Shasta Dam, the largest man-made reservoir in California, which also generates hydroelectric power. For 1860s California gold rush history, Shasta State Historic Park offers guided tours of the former mining city, courthouse, jail and gallows. Half-ruined brick buildings, cemeteries and a blacksmith all tell the story of what was the “Queen City” of California’s northern mining district.

Lassen Volcanic National Park features all four types of volcanoes in one park and offers the chance to study geothermal activity of steaming fumaroles and bubbling mudpots. There’s plenty of space to stretch out and experience meadows freckled with wildflowers and hiking trails, and waterfalls and naturally occurring mountain lakes. At nearby McArthur-Burney Falls State Memorial Park is the majestic 129-foot Burney Falls, which is fed by underground springs and pumps 100 million gallons of water per day. The falls, which Teddy Roosevelt called the “eighth wonder of the world,” can be enjoyed from the top at the lookout point—or visitors can follow the paved path down to the misty aquamarine pool at the base.

However large the group, Redding Convention & Visitors Bureau works closely with attractions, hotels and restaurants to help create a comprehensive itinerary specific for all interests.