Member Login
SYTA»Articles»Every Bridge Has Its Story: Sailing Under The Bridges in NYC
Share This 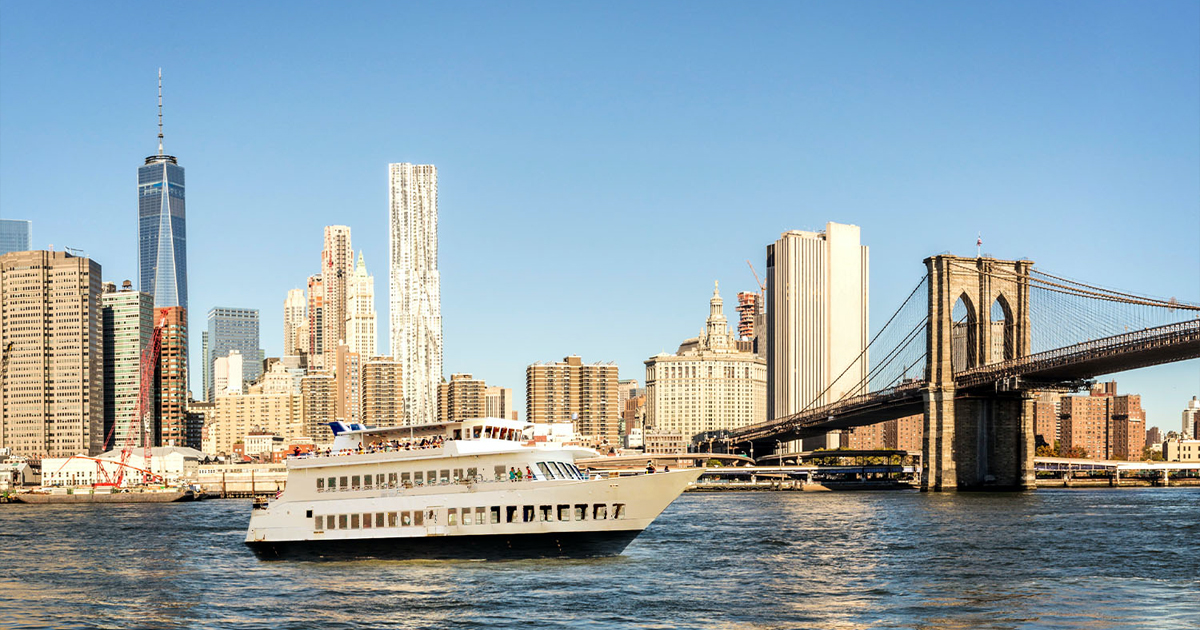 Every Bridge Has Its Story: Sailing Under The Bridges in NYC

It’s remarkable to see hundreds of bridges connect Manhattan to other boroughs of New York City, let alone the fact that many of the major bridges have broken the world’s records. This article will introduce students to the stories of 4 famous bridges of New York that they may not learn from the textbook. Some travel tips will also be provided.

Brooklyn Bridge: The Brooklyn Bridge is one of the most popular landmarks of New York City. Built in 1883, it was the longest suspension bridge in the world at that time and is considered as one of the great engineering accomplishments of the 19th century. However, rumors of a potential collapse caused a serious stampede during the bridge’s open week. Later on, in order to show that the bridge is strong and sturdy enough to hold the weight, the government brought 21 elephants and let them cross the bridge. One way to experience it is to take a Liberty Cruise. From the cruise, not only can you get a full view of the Manhattan skyline, but also learn more about the bridge’s history from a live tour guide while enjoying its beautiful view.

Manhattan Bridge: The Manhattan Bridge was constructed in 1909, the last of the three suspension bridges built over the East River after the Brooklyn Bridge and the Williamsburg Bridge. It plays an important role in relieving the overwhelming traffic between Manhattan and Brooklyn. And nowadays, more than 450,000 people (mainly transit by subway) commute through the bridge. Due to its heavy traffic load, the New York City Transit has put in over $920 million to fix the bridge since the 1980s, although sometimes people can still feel a sway when the subway trains go by.
The Manhattan Bridge is a must-see place while in New York. To get a full view, it is recommended for students and teachers to take the Liberty Cruise, which provides an amazing opportunity for a close look at the bridge while the boat sails under the bridge.

For more information and discounts, check out Liberty Cruise at libertycruise.com or email [email protected]