Member Login
SYTA»Articles»How Do You Get Students to Wear Seat Belts on School Buses?
Share This 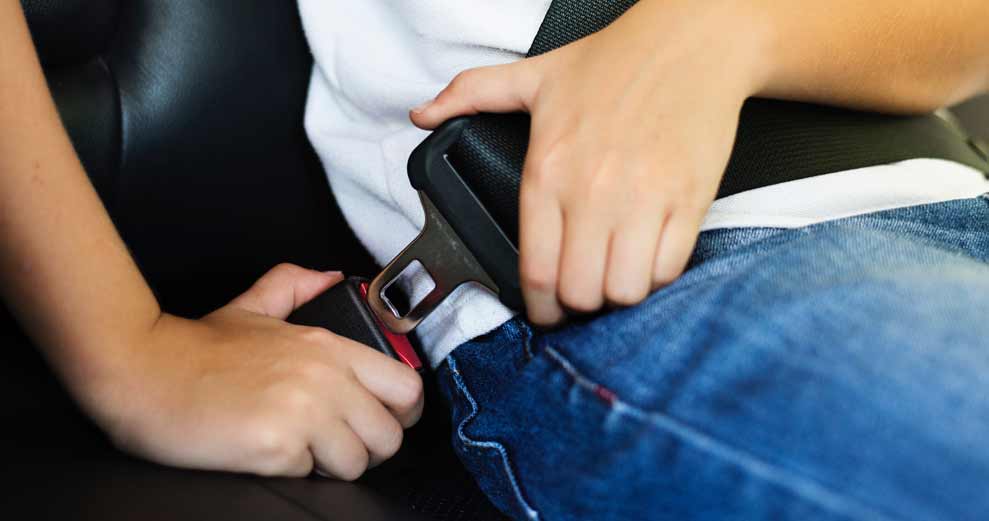 How Do You Get Students to Wear Seat Belts on School Buses?

Seat belt safety is an issue that never loses its importance. Michael J. Bowers, Safety Consultant, Center for Student Travel Safety, shares his thoughts on what can be done to better protect students while traveling.

On May 17, 2018, a New Jersey school bus was in an accident that took the lives of one teacher and one 10-year-old student. Many other passengers were seriously injured. Although the bus was equipped with two-point seat belts, multiple students were thrown from the vehicle.

Two years earlier there was a school bus accident in Chattanooga, Tennessee, resulting in six fatalities. Recently the National Transportation Safety Board (NTSB) released a report with several recommendations including installation of three-point seat belts on all new school buses, suggesting they provide the best protection. The report also suggests use of these could lead to reduced driver distractions and improved student behavior.

It’s unfortunate that it takes a serious accident to enact laws that seem so obvious. The problem with these examples? They may not go far enough.

It’s one thing to provide the seat belts. More important, they need to be used. Seat belt alert devices have also been considered but are not yet a recommendation. The alert would alarm when a student’s seat belt wasn’t fastened. In this case, it appears that because riding in a school bus is one of the safest modes of transportation, the number of accidents and fatalities is not high enough to require the alarms.

Two-point seat belts have been in use for years and—when used—may save lives and reduce serious injuries. The problem here is enforcement and education. There are limited laws to make students wear seat belts and no one is on the bus to enforce the procedure. It would be challenging and distracting for bus drivers to assume the responsibility to ensure all seat belts are used, as their hands are full operating the equipment.

Until seat belt alarm systems are required, which in my opinion should be immediately, education may be the only alternative. At the very least, students must be informed of basic rules for riding a school bus.

Students should better understand that they could reduce their chance of serious injury or death by half, simply by using the seat belts provided. All students who plan to ride buses should be required to attend a safety briefing at the beginning of the school year, during which the expectations for their personal conduct and benefits of using seat belts on the bus are explained. That reminder briefing should happen before the bus departs the school for the ride home and include the requirement to use the seat belts.

It may not solve the problem, but it just may save a life.