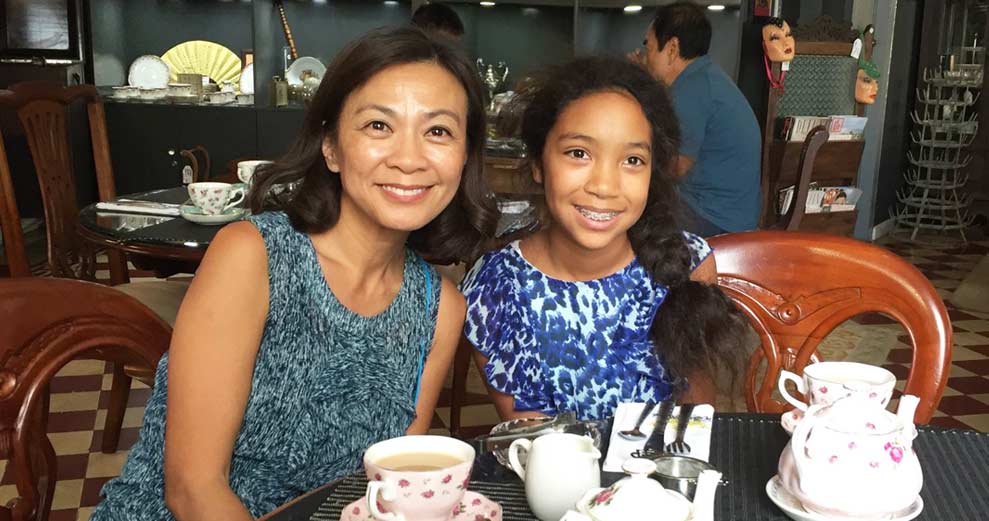 ‘I Am Proud to Be Colorful’

Nora Ngo Mitchell, a freshman from Booker High School in Sarasota, Florida, wrote the fourth-place essay for the 2020 Ripley Hunter “World Is a Classroom” essay contest.

Mornings in Ho Chi Minh City are vibrant and reflective of the rich and diverse culture that Vietnam contains. The heavenly scent of street food and fresh coffee greets tourists as they roam the streets. A flurry of pedestrians and motorcycles dominate the cityscape. Clusters of street carts festooned with brightly colored decorations roll into their places, as their owners begin to prepare street food. The rainbow colors of the sunrise act as a beautiful backdrop to the metropolis of modern, sky-high buildings, which are juxtaposed by the traditional, European style of other surrounding buildings. My trip to Ho Chi Minh City allowed me to experience not only the beauty and majesty of the city but to also learn about my linkage to Vietnam.

I am a biracial—Vietnamese and African American—young woman. I have always struggled with my identity. I have always felt as if I was stuck between two extremely different, and oftentimes contradictory, cultures. Before this trip, I did not know much about my Vietnamese heritage. My knowledge of Vietnamese culture was limited to the few traditional dishes that I had tried and the holidays that my mother and I celebrated.

During my trip, I learned about the complex and vivid history of Vietnam. Vietnam was originally colonized by the Chinese and the French, which is evident in its culture. Vietnamese culture represents a fusion of French and Chinese practices. The country was eventually liberated from both of these powers by its people. Vietnamese citizens pride themselves on this fact and value their independence from France and China. Vietnam is also a country of great resilience; following the Vietnam War, the country was ruined and devastated. There was an astronomical number of casualties, and, specifically, thousands of tragic deaths that resulted from American attacks on innocent villages. The end of the war also signified the end to the bygone era of Indochina affluence. Yet, in the decades that followed the war, the Vietnamese rebuilt and modernized their motherland, brick by brick, forming the country that it is today.

Today, I am proud to be both African American and Vietnamese. I no longer feel insecure about the color of my skin or the ethnicities which flow through my veins. I no longer feel isolated and excluded based on my race. I no longer feel that I should hide or suppress the combination of races that make up my identity. I no longer let my race define me; race is only an aspect of one’s personality that makes them a more unique and original person.

In a world where people want to see everything in terms of black and white, I am proud to be colorful.