Associate Board of Director: LouAnna Henton 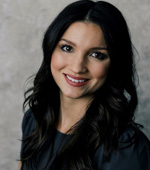 Please describe your experience as a volunteer within or outside the travel community.

My involvement with SYTA started back in 2012 at the SYTA Annual Conference in Nashville, TN. This was my first glimpse into the SYTA organization as a mere local volunteer. I realized that the shared passion and commitment by all of those involved was like no other industry. It was then that I fell in love with the people of SYTA! I assisted with airport greeting as well as transportation services. Just two years later, I attended my first SYTA conference as an appointment-taking delegate in Toronto in 2014. In 2015 and 2016, I attended conference and volunteered in registration. I served as the Chair of the New Attendee Subcommittee leading up to the 2016 conference, Co-Chair of the Membership Development/New Attendee Subcommittee in 2017 leading up to conference, and now Chair of the New Attendee Subcommittee leading up to 2018’s conference in Baltimore. This involvement has also included a role on the SYTA Annual Conference Planning Committee for three years.

Please describe your professional experience in the student travel industry.

Unlike many others my age, my hospitality experience began unofficially at the age of three. My father performed daily at the Apple Barn in Sevierville, TN. With no affordable childcare, my parents had no choice but to bring my brother and I along. We sat amongst tourists from all over the world, scooped ice cream in the shop next door, and even sang on stage a few times. My family opened their first music theater in Sevierville, TN in 1996. I helped greet motor coaches as well as assist in the gift shop, box office, and on stage. In 2014, my family opened another music theater in Pigeon Forge, TN. By this time, I was fourteen and able to officially work my first paid hospitality job. I worked there until the age of eighteen when I moved to Nashville, TN. I moved back home for one summer and worked as a lifeguard at Dollywood’s Splash Country before calling Nashville my permanent home. I was offered a position at the Country Music Hall of Fame and Museum in 2010 and have worked in Nashville hospitality ever since. After four years at the Country Music Hall of Fame, I went on to work for the Tennessee Department of Tourist Development before reaching my current position in September of 2015 at the Nashville Convention & Visitors Corporation. At the age of twenty-eight, I have twenty-five years of hospitality experience with an officially recognized fourteen years of hospitality experience. I was essentially raised in tourism and believe that is an asset that I can bring to the Board. I earned my CSTP in 2017 and have attended five SYTA conferences, with number six coming up in August.

Please describe other professional or personal experience that would benefit you as a Board member.

I started my career in Nashville hospitality in 2010 at the Country Music Hall of Fame and Museum. I conducted countless tours at both RCA Studio B and the Country Music Hall of Fame to high school students who were visiting Nashville as a part of their high school performing arts tour. Most of these groups were from out of town, and I could see first-hand the impact that traveling to our city had on these young students. I watched the smiles on their faces as they walked up to the microphone in the same room that Elvis Presley recorded almost 300 songs. I watched fingers tremble as they placed their hands on the keys of the 1940 Steinway Grand Piano played by Floyd Cramer and Elvis himself. I watched students laugh hysterically when I pointed out where Dolly Parton ran her car into the building the day she got her driver’s license. Most importantly, I watched the bond that tied students from different incomes, backgrounds, and nationalities. It was the “togetherness” that changed their lives, as well as mine.

Please describe why you would like to serve as a Board of Director (Associate).

I was twenty-six years old the first time I set foot in New York City. Yes, only four years away from thirty. Like many others, my face was glued to the tiny airplane window for my first glimpse of the Statue of Liberty. When I saw her, warm tears rolled down my cheeks as I sat alone amongst strangers. I must have walked twenty miles when my feet finally hit the pavement. I was your typical first timer – camera in hand, I heart NYC t-shirt intact, and eyes wandering up and down every skyscraper. When I returned to my room, I sat on the side of the hotel bed and thought, “What if I would have seen this fourteen years ago? It would have changed my life.” This was in 2016, before my first leadership role on the SYTA New Attendee Subcommittee. It was that moment that sparked my unending commitment to SYTA. I believe that there is no other organization capable of changing lives the way SYTA changes lives. Regardless of whether I am selected as one of SYTA’s Board of Directors, I will continue to be as involved as I can to ensure that life-changing moments happen for students who are unable to experience travel at a young age, just like me. If selected for this role, I will be a committed servant of SYTA’s mission and will always keep the core values at heart.

What do you see as the challenges facing the student travel industry?  What can SYTA do to meet those challenges?

There are many challenges facing the student travel industry, and I believe SYTA is already at the forefront of many of these issues. In today’s world, one major setback to student travel is safety concerns. Many teachers who once traveled to London and Paris are no longer able to take these trips due to both parental and school board resistance. As an organization, I believe SYTA can encourage members to emphasize safety, especially by destination. Where we once focused solely on student-friendly attractions, we now must focus on not only the attractions but also the destination’s safety. It is SYTA’s responsibility to educate members on the importance of this feature. I believe SYTA can conduct further research with school boards and the travel-approval process to find new ways to get around growing safety concerns both in the US and abroad. For many years, budget concerns have prevented schools from traveling outside of their own region. This is yet another roadblock in student travel. Instead of focusing strictly on how schools can fundraise and bring more money to the table, I believe SYTA can continue to educate teachers and school boards on the statistical importance of student travel but also highlight budget-friendly destinations. For example, if a school choir outside of Birmingham, AL knows that a trip to New York City to perform at Carnegie Hall is completely out of their budget, they may not be motivated to travel at all. However, if SYTA published a list of the top 10 budget-friendly student travel destinations and pushed out through all marketing channels, this would give schools like the Birmingham example the idea that travel is attainable.

Sidebar One
Recent Posts
Recent Comments
Get ideas and news perfect for those planning student travel!
+