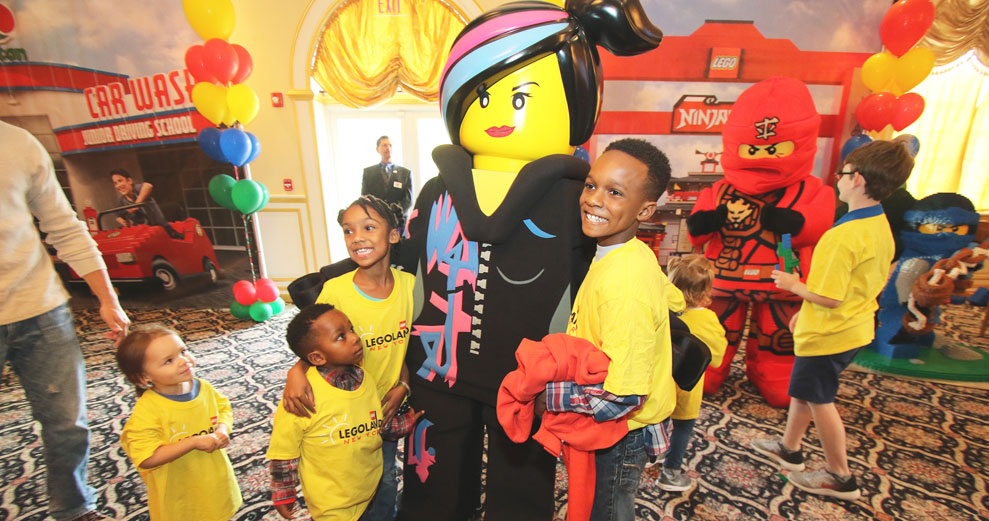 After years of planning, the blocks stacked up: LEGOLAND® New York is officially being built. Merlin Entertainments Chief Executive Officer Nick Varney announced on October 25, 2017, that the park will open in Goshen, New York, in 2020.

LEGOLAND New York will be open seasonally from April 1 to November 1, and its design will build upon the successful model of parks operating in California and Florida, as well as the United Kingdom, Germany, Malaysia, Denmark, Dubai and Japan.

The 50 rides, shows and attractions of LEGOLAND are designed for children ages 2 to 12. Attractions include LEGOLAND Driving School, The Dragon roller coaster and the LEGO® 4D Movie Theater screening a selection of LEGO movies. At the heart of every LEGOLAND park, Miniland includes cities and iconic landscapes built out of millions of LEGO bricks.

Additionally, a 250-room LEGOLAND Hotel will be built and open year-round. The hotel is designed to bring children’s imaginations to life with specially themed rooms and millions of LEGO brick models located throughout the building.

LEGOLAND New York will offer educational opportunities to school children throughout the region, with a suite of STEM programs; special programs and discounted tickets to area schools, including all Orange County school districts; and free annual passes to all 5000 educators in the county.