Member Login
Leaderboard
SYTA»Articles»Lessons from a Battlefield
Share This 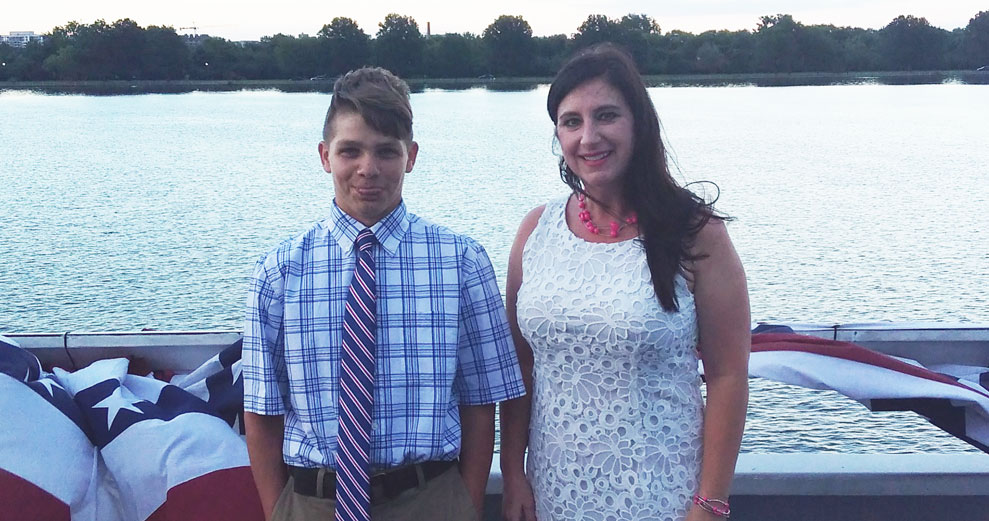 Lessons from a Battlefield

“Once in a lifetime trip.”

That’s how Isaiah Duffield, a ninth-grader at Decorah High School in Decorah, Iowa, and a recipient of the SYTA Youth Foundation Road Scholarship, described his excursion to Washington, D.C., with his eighth-grade class this past summer.

The educational trip organized by Legacy Tour and Travel is offered annually to Decorah Middle School students who are just finishing their eighth-grade year.

“It is an honor to expose them to the rich history of our wonderful country,” said Sarah Nowack, a Decorah Middle School teacher and tour guide for Legacy Tours. “I love being able to help students make connections between what they have learned in history class to the world and to all of the places we visit.”

The students began their journey at 4:30 a.m. on June 3, 2017, leaving from Decorah. Their first stop was in Chicago, Illinois, where Duffield notes they took in sweeping views of the city on the Willis Tower’s Skydeck. The group next stopped at the University of Notre Dame, in  Indiana, then spent the night in Ohio.

The following day, they toured Gettysburg.

“The battlefield was huge,” Duffield said.

Duffield had researched the Battle of Gettysburg for a presentation during the school year, because he wanted to learn more about it. Yet no research compares to the knowledge he gleaned after walking through the cemetery, touring the visitor center and exploring the battlefield with a licensed guide.

“Something that really stuck out to me is that the cannons, when they fired them, would shoot backward six feet,” Duffield said. He learned that soldiers would have to reposition the cannons, which weighed over 5,000 pounds, to reload and fire them.

Duffield also notes the number of causalities from the Battle of Gettysburg—approximately 51,000 killed, wounded, captured or missing—stunned him. On the battlefield, the statistics seemed all too real.

After Gettysburg, the school group stopped to tour Mount Vernon, the home of George Washington, to learn about the first president’s life and legacy during the 18th century.

Then, it was off to the city!

“I learned more than I learned in school,” Duffield said.

The annual Decorah Middle School trip to Washington, D.C., would have been impossible for Duffield to attend without the support of the SYTA Youth Foundation Road Scholarship.

“He soaked up every bit of the trip. He was engaged and active in the experience 100 percent of the time,” Nowack said. “I know that this trip made a life-changing impact on him.”