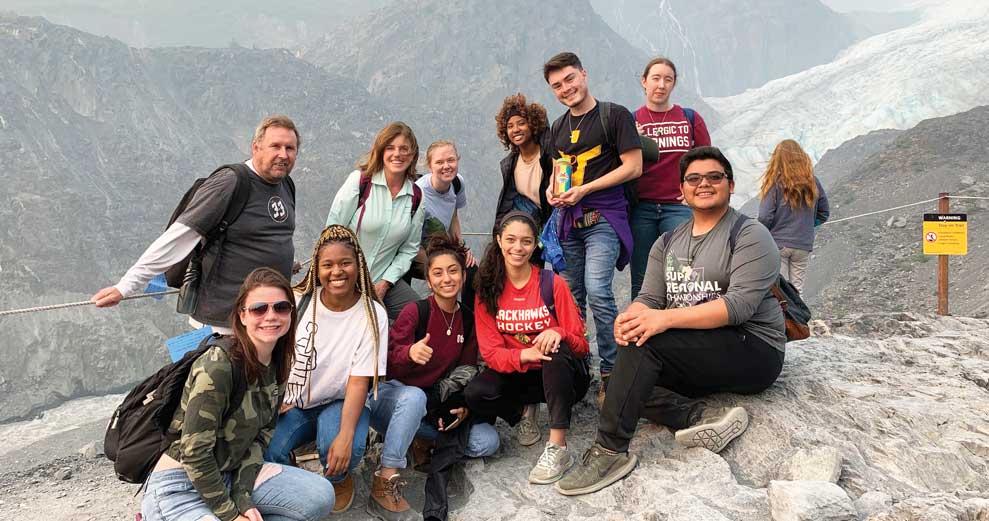 “I realized how easily the students understood the material when they took the ‘hands-on’ approach and saw how everything was connected,” said Murzyn, who has been teaching at the school for 27 years and also serves as the Science Department Chair. “The ‘big picture’ became obvious and they learned and retained the information.”

When Murzyn became aware of an opportunity to embark on a STEM-centric trip to Alaska through WorldStrides, she knew her students would jump at the chance.

Fundraising was required to make the trip possible; the students worked hard and sold candy bars so they could attend. Fourteen students—13 seniors and one sophomore—participated in the trip, along with two adult chaperones.

At the start of their journey, students arrived in Anchorage and were sent on a whirlwind of activities during their stay, including observing a variety of wildlife from land and water, exploring Denali National Park, and venturing to Seward to visit the Alaska Wildlife Conservation Center.

Murzyn wanted her students to witness firsthand how fabulous U.S. national parks are.

“The students were thrilled to see both terrestrial and marine animals that they’ve never seen before,” said Murzyn, adding that everyone expressed excitement about their experience. “They were also in awe of the calving glaciers. Because my students are from a south suburb of Chicago, many of them are not exposed to these sights.”

The reactions from her students are what Murzyn will remember most from the trip.

“My favorite was when they witnessed a humpback whale putting on quite a show,” she said. “They stood on the upper deck of the boat and just watched, for a long time.”

“There’s a great big world out there for us to enjoy, respect and protect,” said Murzyn. “I hoped to turn my students on to going outside and enjoying the nature around them. I wanted them to develop a sense of stewardship to our national parks and to any other animal and green space.”

WorldStrides, Murzyn notes, did an exceptional job of ensuring the Marian Catholic High School students saw all the high points of an Alaskan vacation.

“The more people that travel to these awesome places, the more people we’ll have who want to protect our national parks and green space treasures! They are a gift and belong to all of us.”

This article originally appeared in the November 2019 issue of Teach & Travel.