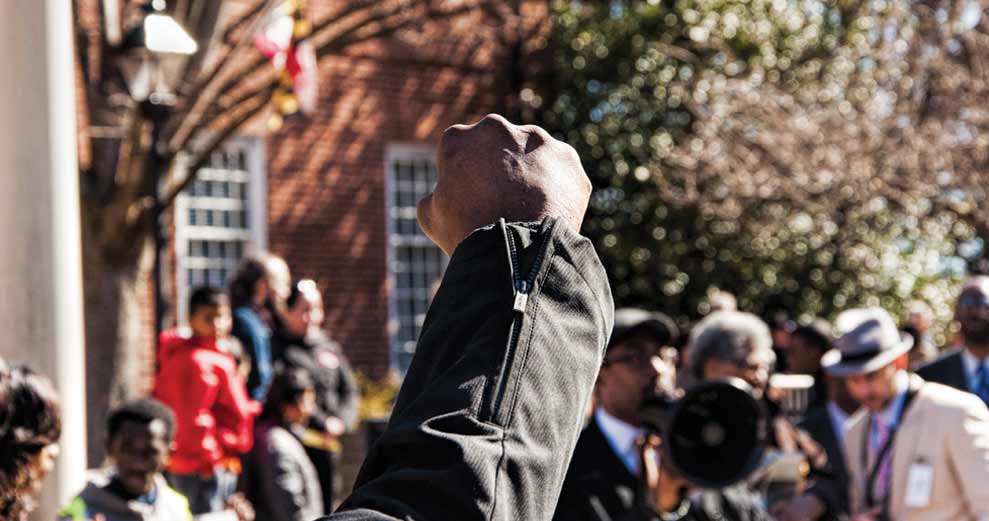 We covered our mouths and noses.

Tear gas filled the air, burning our eyes and lungs.

I felt my way along the wall leading to our hotel.

“Hold on tight. I promise that I will keep you safe. If needed, I will lay on top of the three of you to protect you.”

I uttered those words to North Carolina State University students Lindsey, Lauren and Samantha, in 2011. I was one of two instructors leading 15 students on a three-week recreation and tourism study abroad trip to Greece and the Greek Islands. Little did we know we’d get a lesson in Greek government and political unrest.

When we arrived in Athens, we encountered protesters. We asked the hotel concierge what they were protesting; he informed us that a few days prior, Greek politicians voted to bring in an unpopular package of austerity measures, designed to rein in debt levels that threaten to destabilize the country’s economy. In short, Greece’s government wanted to increase levies on householders and companies, while decreasing debt by public sector job losses, school closures and restrictions on welfare benefits. Greeks were angered and frustrated, leading to street violence.

Our first few days, things were a bit chaotic with sporadic demonstrations but our plans were unaffected. Once we left Athens, we left the demonstrations. As we visited the Greek Islands, the Athens demonstrations turned to riots—particularly outside the Parliament Building, a block from our hotel. We had no idea what we were about to face when we returned.

On the ferry from Paros to Athens, our tour company informed us that for safety reasons, we had to land at a different port. Once we boarded the bus, we learned that active demonstrators meant we couldn’t get within five blocks of the hotel. We walked, taking alleyways and back streets, not knowing what we might encounter around the next corner.

As we approached, we smelled tear gas and saw demonstrators and police facing off; we felt the tension in the air. As soon as we checked into the hotel, we told the students to contact their parents and let them know they were safe. Janell, who was the other instructor, and I spoke with or e-mailed the parents to ensure them we were in a protected environment. That evening, we ate in the hotel and spoke with world journalists who were staying there and reporting on the riots.

The next day, the political unrest continued. Because of the riots, we gave our students the option of shopping with Janell or attending the International Special Olympics with me. Janell took most of the students shopping; Lindsey, Lauren and Samantha went with me.

When the demonstrations turned more violent, Janell took her students back to the hotel. Because neither of us had an international telephone, she had no way to contact me and let me know what was transpiring outside our hotel. The students and I enjoyed the International Special Olympics—on the other side of Athens, free from rioting—then walked toward our hotel.

Two blocks away from the hotel, we knew something was wrong. The windows of a McDonald’s and a post office were broken out. Suddenly, about 500 people wearing gas masks and carrying Molotov cocktails rushed toward us. They were being chased by police in full riot gear, with gas masks, shields and batons. I knew we were in trouble. My heart level was raised at this point, as I wondered what was going to happen. I was scared—not so much for myself, but knowing I was responsible for the three students.

I quickly told them to hold hands, as I didn’t want us to be separated. I had to decide whether we’d go toward the hotel or turn and run. My heart told me the hotel was our safety zone.

“Hold on tight. I promise that I will keep you safe. If needed, I will lay on top of the three of you to protect you.”

I will never forget the intense burning of my eyes and nose from the tear gas. I knew I could not let fear overcome me as I felt my way along the wall. We were excited to see our hotel, but the lobby was filled with tear gas; a protestor had run in and the police released tear gas to subdue him. Finally, we took the elevator to our rooms, where Janell and the other students were relieved to see us.

An hour later, I learned the hotel went into lockdown for the next 18 hours; no one was allowed to enter or leave. I knew then I had made the right choice to go to the hotel, rather than be stuck outside in the riots.

When the students returned home, one of their assignments was to write an essay on how the riots affected tourism in Greece. It was interesting to read their reflections on the riots and how this was handled by the instructors, the tour guides and the Greeks.

I learned some valuable lessons from this experience.

Protests, demonstrations and political strife occur around the world, and may be unexpected. Teachers and tour guides must be prepared. Be responsible. Avoid areas where political unrest is occurring, if possible. Carry proper ID. If caught in a violent protest, try to blend in as you escape. Stick with your group.