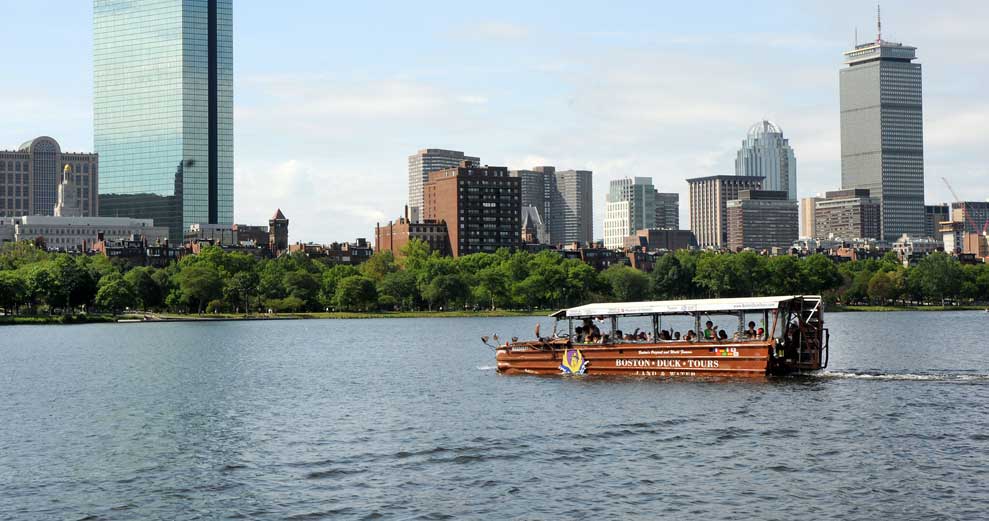 Boston Duck Tours has kicked off the celebration of its 25th season! Learn what historic landmarks student groups will encounter while adventuring around Boston on a “DUCK”: a World War II-style amphibious landing vehicle.

Led by legendary ConDUCKtors®, students will cruise by all the places that make Boston the birthplace of freedom—from the golden-domed State House to Beacon Hill and the TD Garden, Boston Common and Copley Square to the Big Dig, Government Center to fashionable Newbury Street, Quincy Market to the Prudential Tower and more.

Students will get an all-encompassing view of the city on wheels, on top of getting the inside scoop on little-known facts and interesting insights only locals would know. If that isn’t enough, they’ll then splash into the Charles River for a breathtaking view of the Boston and Cambridge skylines from the water.

“Boston has been very supportive of our company and has allowed us to share our amazing city with over 11 million guests during the past 25 years,” said Cindy Brown, CEO of Boston Duck Tours.

“Our vehicles have carried championship teams—two in the past six months, welcomed home returning military, and carried students from all over the world throughout the years, all in the name of showing off our amazing, historical city.”

Brown added that as a locally owned and run business, Boston Duck Tours is proud of promoting Boston and supporting many local causes. Boston Duck Tours is Boston’s most popular tour and carries about 600,000 guests a season. It is also the only tour in Boston to offer its services in nine languages in addition to English.

With several other educational opportunities nearby—including SkyWalk Observatory, New England Aquarium and the Museum of Science—students will have no shortage of fun in Boston.