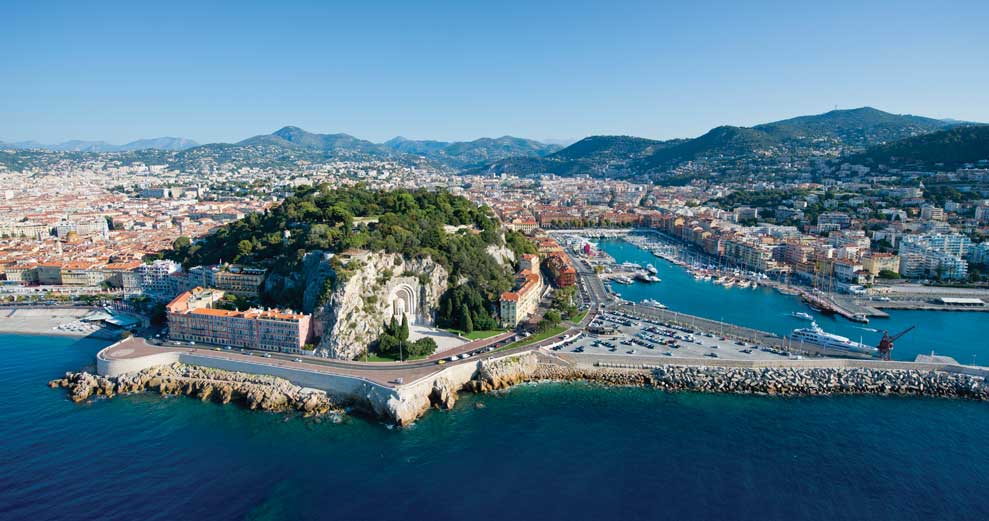 Ideal for those wanting an authentic European experience, France features several cities and regions worth exploring—many with remarkable UNESCO World Heritage sites. Whether seeking cultural immersion, culinary traditions, solemn remembrances of historic events, breathtaking architecture or unforgettable art, France should be at the top of your list for international student travel.

Start in the North…

To say Paris has some of the world’s best-known landmarks is an understatement. With an unmistakable energy all its own, Paris offers students a chance to do only-in-France activities, like appreciate iconic works of art—such as the Mona Lisa and Venus de Milo—inside the Louvre, catch a glimpse at university life in the Latin Quarter, and more. A tour of the Palais Garnier, home to the Paris Opera and inspiration for The Phantom of the Opera, is also a must.

Having celebrated its 130th anniversary in 2019, the Eiffel Tower—a true Parisian symbol of freedom and peace—plays host to over 6 million visitors every year. Beyond soaking up the incredible view while inside the tower, students could snag a treat at Le bar à Macaron, purchase a keepsake in the gift shop, or admire the historical reconstruction of Gustave Eiffel’s office at the top of the tower.

On June 6, 1944, more than 156,000 American, British and Canadian allied troops stormed the Nazi-occupied beaches of Normandy—an invasion that would prove to be a pivotal turning point in the progress of World War II—but not without a cost. Over 4,700 American soldiers were killed, wounded or missing, of the approximately 35,000 who came ashore that day.

Students could remember the sacrifices made by troops with a visit to Normandy’s Cean Memorial Museum, where they could trace the history of WWII with exhibits and films aimed at providing perspective of D-Day and other important battles. The museum’s three gardens in the Memorial Valley—one dedicated to each allied country—offer a quiet place for reflection and contemplation.

Perched on the banks of the most Western part of the Loire River is Nantes, widely considered to be the birthplace of surrealism. It includes notable landmarks such as the medieval Castle of the Dukes of Brittany, where a redesigned history museum now resides. Students could visit the Memorial to the Abolition of Slavery—a tribute to those who have struggled and struggle still against slavery, around the world. They could also peruse Passage Pomeraye, a shopping arcade that offers French goods and some architecturally remarkable sights.

At the Heart of the Country…

Less than a three-hour train ride from Paris, Saint-Étienne is France’s only UNESCO Creative City of Design. Students won’t want to miss La Cité du Design, devoted to the art of design and located in a former arms factory. It offers workshops for students and holds frequent thought-provoking exhibitions. Saint-Étienne is also home to Firminy, the largest architectural complex designed by Le Corbusier.

Toulouse, known as the Ville Rose for its pink brick façades, is at the heart of Southwest France and the fourth largest city in the country. This capital of Occitanie is home to La Piste des Géants or “The Runway of Giants”—an old airport runway-turned-aviation museum. While visiting, students could admire the façades, magnificent Renaissance buildings and UNESCO World Heritage Sites, such as the Basilica of Saint-Sernin. Be sure to try cassoulet, a slow-cooked stew of white haricot beans, duck confit and saucisse de Toulouse, served in a traditional earthenware pot.

Students with an interest in exploring France’s culinary traditions could get their fix in Nice, capital of the Cote d’Azur. Nice offers a taste of daily food and fragrant flower markets via Cours Saleya. The city is home to the annual Nice Carnival in February and the Nice Jazz Festival in July, held in the beautiful neighborhood of Cimiez. Getting around is easy, too: The new tram line runs from the airport right to the city center.

Known as “the Capital of the Alps” since hosting the 1968 Olympics, Grenoble is a base for winter sports and offers students close access to 20 ski resorts. It’s also known for its museums, universities and research centers. Don’t forget to soak up the stunning views with a ride on Les Bulles—the spherical cable cars that connect the town to the summit of La Bastille hill.

Marion Fourestier, Director of Communications of Atout France USA, notes there are several additional French cities worth visiting—from Bordeaux and other regional capitals to important towns such as Avignon and Versailles.

“They are perfect for young travelers, families, and anyone else looking for fun and authentic French experiences,” said Fourestier. “Most of these cities are university towns with a youthful atmosphere, but all of them reflect the heritage and distinctive flavors of the regions to which they belong.”

This article originally appeared in the November 2019 issue of Teach & Travel.