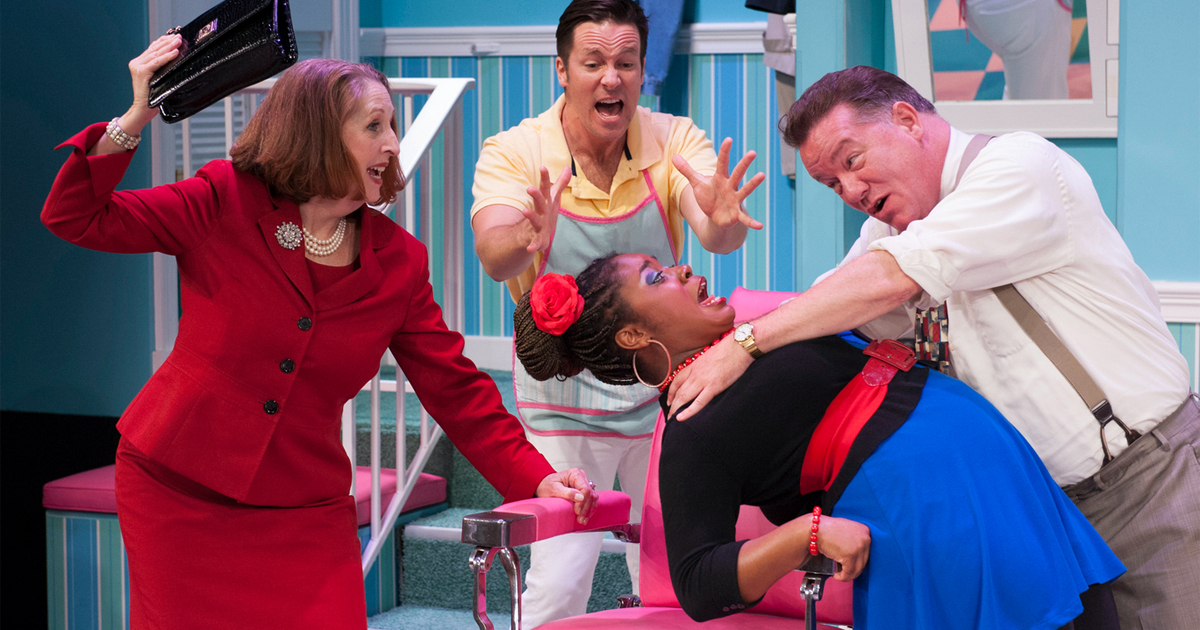 Shear Madness, the interactive comedy whodunit, has been delighting audiences at the Kennedy Center in Washington, D.C. for over 13,500 performances.

Why? Because it’s funny, topical, and different every night. Students love solving the zany mystery and more than 50,000 groups have called Shear Madness the highlight of their trip to D.C.

The play is set today in the Shear Madness hair styling salon in Georgetown, where a crime is committed in the apartment of a famed concert pianist who lives upstairs. Whodunit?

Amidst much mayhem and merriment, the audience gets involved as they question the suspects, spot the clues and catch the killer. School groups are a particular favorite at the show as students delight in interacting with their classmates as well as the actors. Who knows who will crack the case. Shear Madness is one of the most popular productions in the world playing in 50 countries, in 23 foreign languages, and seen by over 13.4 million people. Laughter knows no bounds here.

Shear Madness has won countless Best Play and Best Comedy Awards and the producers (who were both school teachers) are particularly proud of winning the Moliere Best Comedy Award in Paris, an equivalent of our Tony. The Mystery Writers of America joined with its Raven Award and Shear Madness is the only play to be inducted into the Comedy Hall of Fame.

Sidebar One
Sidebar Two
Topics
Recent Articles
Every Bridge Has Its Story: Sailing Under The Bridges in NYC
Banding Together to Accomplish Anything
Immersing Students in the Travel Experience
How to Do the Holidays in New York City
+