Member Login
SYTA»Articles»So Your Students Are Vaping …
Share This 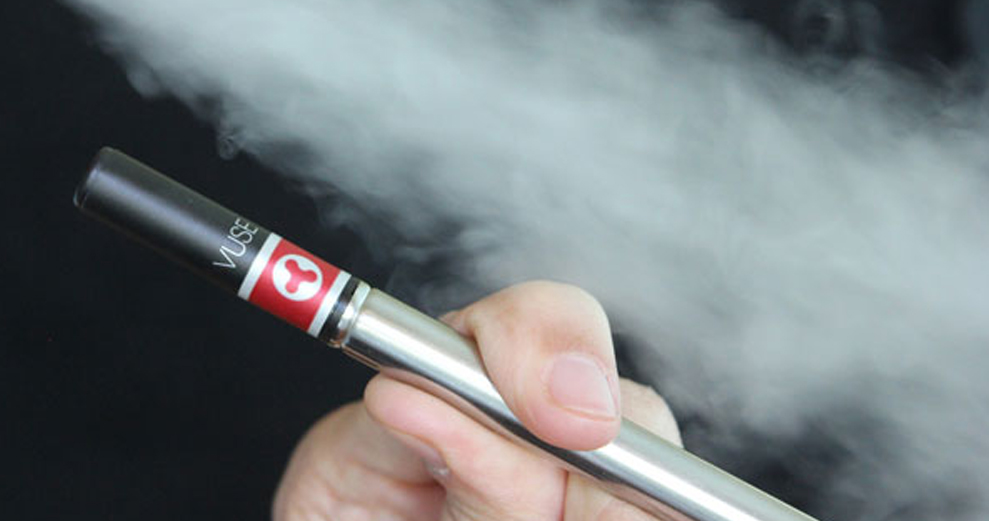 So Your Students Are Vaping …

Kids these days! We don’t have to worry about them smoking, so much as vaping. You’ve probably seen a kid or two (or 20) puffing out monstrous white clouds of vapor in parks or on street corners. According to the Food and Drug Administration (FDA), more than 3 million middle and high school students were users of e-cigarettes in 2015.

But it’s so much more than the statistics: Vaping has become a whole new culture. Vape manufacturers sell apparel with their name on it. There are vape bars and online communities. It has even become a sport called “cloud chasing,” where users compete to produce the biggest, baddest, raddest plumes of vapor.

With so many youth jumping on the bandwagon, it’s important to know the logistics. For instance, it’s actually illegal for retailers to sell regulated tobacco products (like e-cigarettes and e-liquids) to anyone under age 18—in person or online.

Retailers, however, haven’t been following the regulations keenly. As the FDA continues working to enforce these rules, here’s what you need to know about vaping.

What is vaping, exactly?
Per definition, vaping is the act of inhaling and exhaling the water vapor produced by an electric device called a “vaporizer” (or e-cigarette).

What are kids inhaling, then?
The e-liquid is tobacco-free, and even sometimes nicotine-free. It generally consists of propylene glycol (PG) or vegetable glycerin (VG)—or both—combined with natural or artificial flavors, such as bubble gum, cotton candy and gummy bear.

In gaseous form—when “vaped” or “vaporized,” so to speak—it usually looks thicker than smoke, but dissipates more quickly into the air and usually smells better.

So vaping is essentially smoking—without the tobacco, and with virtually none of the health side effects.

Why is it so appealing?
Again, vaping has become a new culture, so maybe it’s what “the cool kids are doing” these days. A recent study by the FDA, however, reported that 81 percent of youth e-cigarette users cited the availability of appealing flavors as the primary reason for use.

Is it safe?
The long-term effects of vaping on the human body aren’t known yet, so we can’t say vaporizers pose absolutely no threat to health for users and bystanders. Nevertheless, the American Heart Association reports that vaporizers are many times less harmful than traditional tobacco cigarettes, and that vaping can even help smokers quit. On the flip side, however, some speculate that vaping could be a gateway to smoking cigarettes. Either way, many organizations agree that the current benefits outweigh the potential harmful effects.