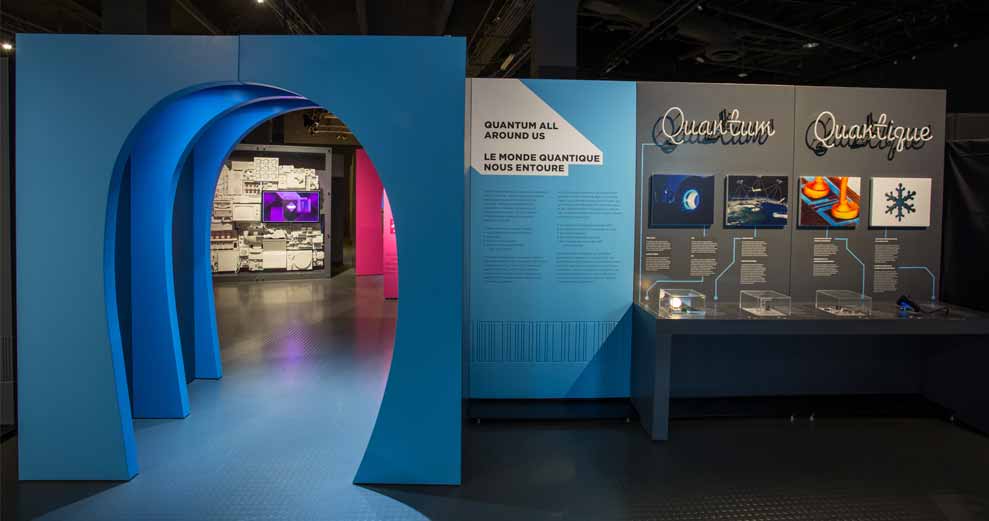 You might have heard of Schrödinger’s cat from The Big Bang Theory, but this summer at the Ontario Science Centre, students can learn even more about the science behind the quips and catchphrases of some of their favorite TV characters.

Take your physics classroom to a whole new level with QUANTUM: The Exhibition, which delves into how quantum mechanics and information technology are merging to create technologies that will revolutionize and define the 21st century.

Ever heard of entanglement, superposition or the paradox of Schrödinger’s cat? Students can explore the very small and see how the world works on a micro-level. Meet the reluctant revolutionary who—in the 1900s—changed the course of how we understand the world on an atomic level and baffled Einstein with his “spooky” yet groundbreaking discovery.

Learn about the science that brought you neon lights, lasers, MRI scanners and GPS tracking. Students can delve into the research stories behind quantum mechanics, information technology and the future of quantum. Videos, games and multilevel interactive activities will challenge their understanding of the world as they know it!

Research is still in motion and students will see how quantum technologies will revolutionize computers, information security, medicine and geographical exploration. Get a glimpse into some exciting technologies on the horizon and leave with a new perspective on how the world works.

Introduce your students to some scientific celebrities. Get to know some of Canada’s Nobel-winning physicists with New Eyes on the Universe, and take a virtual dive underground into Sudbury Neutrino Observatory (SNO)—where these superstars are pushing frontiers in particle astrophysics.

New Eyes on the Univserse

Students can step into the world of a story that is still unfolding, in an observatory where a Queen’s University professor solved the mystery of neutrinos—an enigma scientists had been trying to unravel for decades. Taking a journey deep underground, students will go on a virtual tour of the subterranean research facility used to observe the interactions of subatomic particles. See the cloud chambers that reveal the background radiation we experience on the surface of the Earth.

The Sudbury Neutrino Observatory Lab (SNOLAB) is virtually opening its doors to the public so students can see the experiments that are currently underway two kilometers below the Earth’s surface, providing new insights and pushing frontiers in particle astrophysics.

The exhibition animates the science of SNOLAB, with an inside look into the artifacts of unique experiment components, spectacular imagery and video kiosks, and a model of the original neutrino detector. Professor Arthur B. McDonald won the 2015 Nobel Prize in Physics for this groundbreaking research, which was conducted in the Vale Creighton Mine near Sudbury, Ontario, Canada.

Learn more and book your next student group trip at Ontario Science Centre.