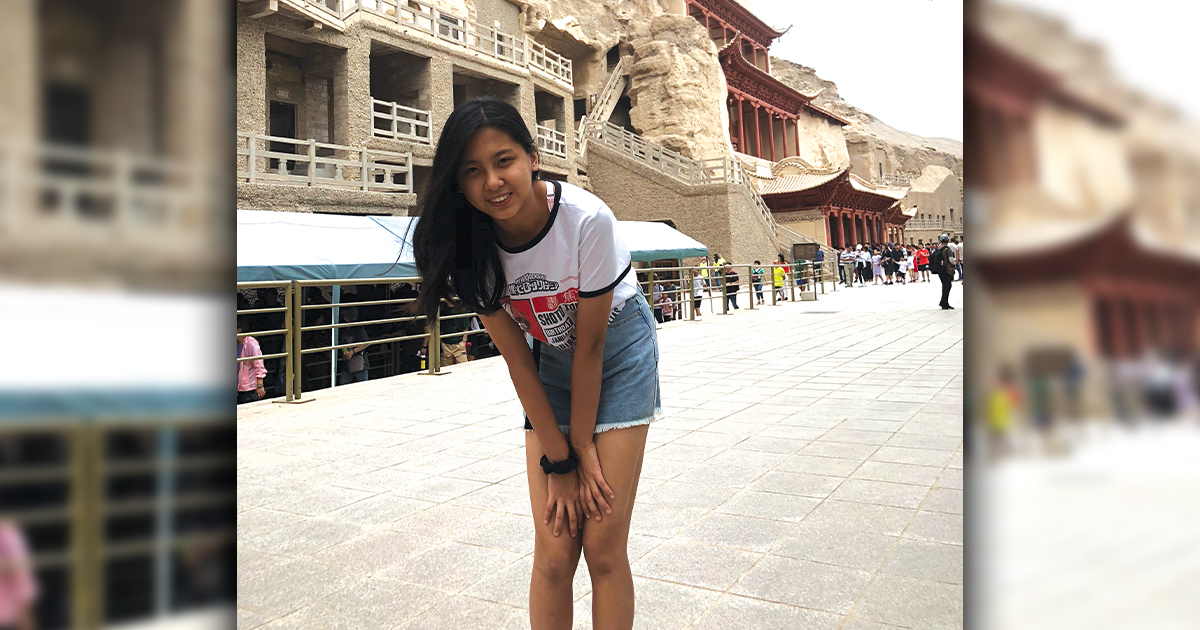 The air is sweet but there’s a dense filling that hangs between the lengthy gaps. It’s the first scent I smell when I step off the plane, my nine-year-old feet planting themselves in the place it all started.

Although I was born in a Chinese immigrant family in the US, it’s the first time I have visited China.  It was a distant dream until my mother told me we were going there during summer. I was not as excited as I expected.

In my school district, being Chinese wasn’t the exact acme of popularity. For me, the lunches my mother painstakingly packed for me were a constant source of shame. I would opt for a plastic fork instead of wooden chopsticks and eat as quickly as possible. I had wrongly determined that in order to fit in, I had to switch to dry ham and cheese sandwiches, replacing the steaming warm dishes my mom would prepare weeks in advance.

The trip challenged my reluctance to embrace my heritage. On the ground, I had put a good few feet of distance between my widely smiling uncles, letting my parents’ greetings fill in the gaps. When we drove to our grandmother’s apartment, I met my cousin in the elevator. “What do Chinese kids like anyway?” I thought, remaining silent. Ironic, considering I was one myself.

When we arrived, there were platters of dishes laid out on the table, a variety of fried meat, broiled vegetables, and pork dumplings. I realized with a jolt of guilt that some of the dishes I had avoided eating in the school were ones that were laid out on the tablecloth. They were delicious and more complex than I expected. My grandmother explained the spices she put in, how they were special and particular to each dish, teaching my mother how to make the dishes, and I listened along.

Shame rose in me again when I remembered my fear of eating those exact Chinese dishes in school. It occurred to me I made being Chinese too foreign. In fact, China was closer to me than America was to my cousin, as he had many naive preconceptions about the place I lived. He admitted that he thought I would be shaped like a hamburger since he heard American kids only ate hamburgers. It made me laugh. He had more outlandish assumptions about me than I did for him. Talking to him, I discovered that being Chinese wasn’t so different from being American.

When I returned to America, the shame of being Chinese, although not disappeared completely, had drastically lessened. The trip reminded me of the diverse culture I came from, the thousands-year-old stories of different emperors and dynasties, the fabled stories my grandfather would recount to me, and the Chinese tradition of good food and family. While I would still wince when someone mocked my Chinese name, I never treated my lunch in the cafeteria like it was a covert and criminal activity anymore. Being Chinese is an important part of me, and without it, I would be as foreign to myself as I was to the country six years ago.

Tracy Gong, 15 at the time of writing this, is a 10th grader at Highland Park High School in Dallas, Texas, and this essay made her a finalist in the World Is A Classroom Essay Contest.