Member Login
SYTA»Articles»Students Speak: Travel and Music Bring Us Together
Share This 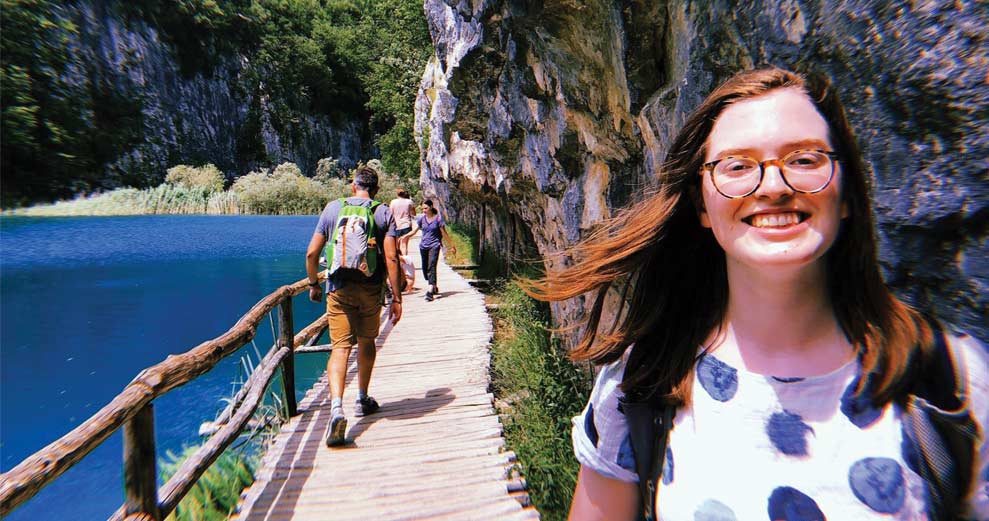 Students Speak: Travel and Music Bring Us Together

Music exists because there are things that words cannot describe, nor express. Nothing I write on this page will make the reader feel what it’s like to stand in a choir, a single voice among many, locked into the harmonies. Nothing I write can replicate the triumph in exhaustion after pulling off a marching band show I’ve worked on all season, or the exhilaration and whimsy of tearing up and down a piano.

The summer before my senior year, I went on a goodwill tour with my choir to Croatia. We performed in schools, monasteries, and cathedrals, but there was one very special night I will never forget a detail of.

We were set to perform at a church high on a hill in the town of Gradac. The audience packed the sanctuary to watch a local choir, so we lined up outside in the rain until our time to sing. During our set, the thunder boomed and the lights flickered for a moment. Singers and audience members alike were startled but we kept going. Eventually it was time for a beautiful piece from South Africa called Indodana, which we had been working on for a long time but very rarely performed.

The song is about the death of Jesus, but as a nonreligious person myself, the content has always been secondary to the intense, beautiful, passionate melancholy of the music. At the climax of the piece, when we all stood with our hands extended, poised to turn slowly in a circle to face the audience, the thunder cracked again. We were left in complete and total darkness. We couldn’t see our conductor, or each other, but we were able to remain connected solely through our voices. Slowly, one by one, the people in the pews took out their phones to illuminate us, until it was like looking out on a sky full of stars.

We didn’t speak Croatian, and they didn’t speak much English. The song itself is in IsiXhosa, a language none of us speak, and none of our audience understood. Yet everyone in that church was still able to share in one of the most incredible moments of our lives. Audience and performers were bonded through the power of music.

Before she had us, my mother wanted two things for her children. She wanted us to truly be citizens of the world and she wanted us to receive a musical education. I’ve always appreciated the merits of both of those goals, but wondered why she chose them specifically; I didn’t see the relation.

I realized in that moment in the darkened church that travel and music go hand in hand. Words written and spoken by diplomats in suits are undeniably important, but can only go so far to bridge any gaps between people. But as long as music remains in every corner of the world, we will all have something in common, and a way to connect and communicate with each other.

Kathleen Rose Duncan, a senior from Boston City Singers in Dedham, Massachusetts, wrote the third-place essay for the 2020 Ripley Hunter “World Is a Classroom” essay contest. It was featured in Teach & Travel’s January issue.