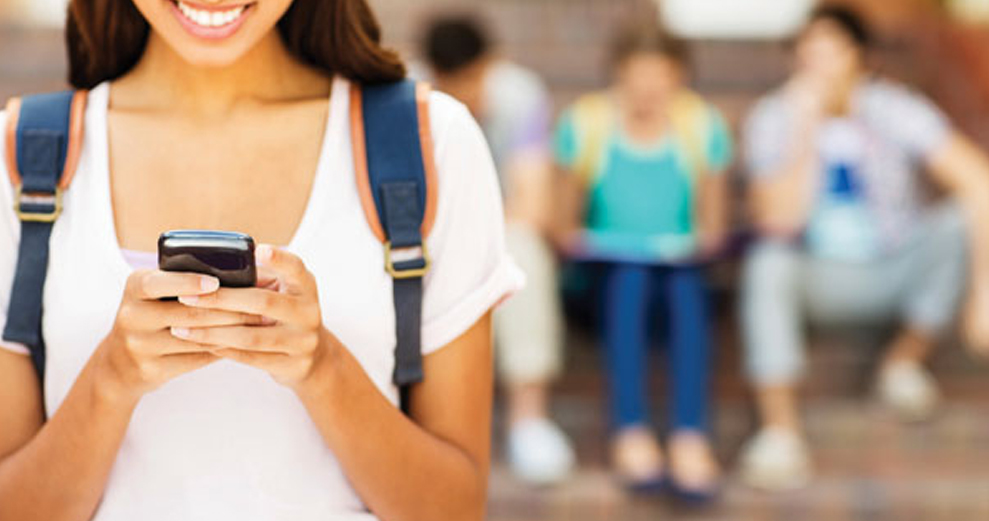 According to a study published by CNN, teens and tweens are spending nine hours each day using media for entertainment. It’s not uncommon for them to check their social media accounts at least 100 times each day. Think that’s going to change just because you’re on a school trip? It’s best to have a plan in place from the start.

Handling technology on a school trip may be tricky. Parents are used to instant access to their children via cellphone. Students may communicate every hiccup that occurs to their parents via text or social media, which could result in unwarranted parental angst. Unkind photos and posts could cause friction amongst the group. You don’t want students coming across as rude by being more engaged in their phones than in tours or planned activities. Depending on where you are, you may even invite trouble by flashing around an expensive smartphone. Most important, you don’t want students missing the experience of a lifetime because they were wrapped up in their phones.

Establish expectations early on and send a clear, consistent message—from the first parent meeting through the end of the trip. Several group tour providers experienced in working with youth weigh in on what works (and what doesn’t) when establishing a technology policy.

Chet Rhodes, of Academic Expeditions, has worked with teachers whose technology policies range the entire spectrum. For students ages 10 to 15, Rhodes recommends leaving the phones at home and bringing digital cameras if they wish to take photos. Faculty cellphones could be used to regularly touch base with family. “A lot of parents are going to fight you,” Rhodes said, “but it is the way to go.” When touring with older students, this policy may have to be modified. Some teachers collect phones at night, as many students won’t sleep if they have phones with them in the hotel room. Faculty members give phones out at lunch, dinner, and right before bed to call home. “If you do not do something,” Rhodes cautioned, “the only answer is to have teachers and parents police three or four students each while touring, to make sure they are not just hiding in the back of the motorcoach or crowd, playing or texting.”

Dennis Makowetsky, of Ellison Travel, a former history teacher of more than 30 years and now a tour manager for almost 10, said, “This is a trend in travel that I think becomes more of a challenge with every student tour I do. I am finding that a big part of the problem is that the teacher chaperones are succumbing to the cellphone as well, and many don’t see the problem themselves.” Makowetsky said banning technology altogether doesn’t seem a realistic solution, but encourages chaperones to address the issue before the trip begins, educating students about what is appropriate and then role-modeling that behavior. He suggests planning activities for travel time, so students have a reason to stay “unplugged.” Follow-up projects, such as scrapbooks, journals, writing an article for the local paper, or giving a presentation to the local Rotary or VFW could also help give students a greater stake in staying focused. Establishing a specific “tech time” back at the hotel—with the understanding that the rest of the day should be tech-free—is another way to find a balance.

Tracey Schenk, of Educational Tours, Inc., advised a policy requiring students to leave laptops and video games at home. “You don’t want kids holed up in their room, playing video games,” she said, also mentioning the risk of those items being stolen or damaged during travel. While it may seem ludicrous that a student would pack a Play Station in their duffel, she’s seen it happen. She also suggested establishing tech-free times, to encourage students to interact with each other.

All tour providers focused on the fact that being engrossed with technology comes with an opportunity cost: You miss things when you’re plugged in. “The first view of the Chicago skyline, driving by the Empire State Building—if you’re not paying attention, that moment is gone,” Schenk said. “Kids don’t realize it at the time, but if you’re not present, you’ll never have those memories.”

Parents may balk at the idea of being out of contact from their child. If you decide to ban cellphones, consider these strategies to keep parents feeling comfortable:

Written by Jennifer Reynolds, a contributing writer for Teach & Travel.