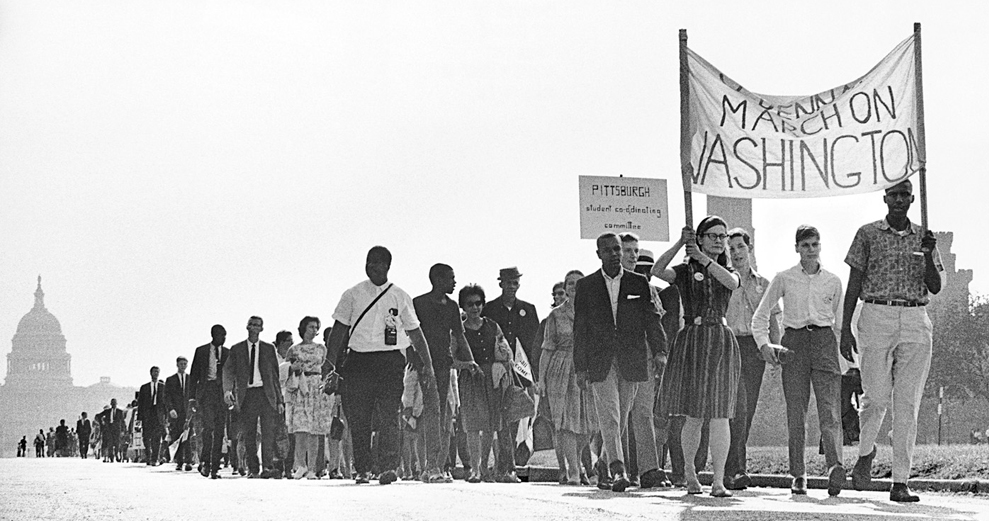 As current events repeat historical struggles for equality, museums and memorials across the United States continue to offer exhibits and spaces where citizens can explore the fight for civil and human rights. Through special exhibitions, these institutions unfailingly look at stories from new angles and diverse perspectives.

In light of recent events, here are a few current exhibitions on display at museums and memorials that remember the past, pay tribute leaders and invite everyone into the conversation.

The Birmingham Civil Rights Institute (BCRI) is located amid the downtown’s historic six-block civil rights district. In recognition of its 25th anniversary, BCRI is displaying selections from the Carnetta and Norm Davis Collection—a collection that includes over 150 paintings, drawings and sculptures from the 19th to the 21st centuries, with many created by African-American artists. Alabama and Beyond: African American Artists and Their Art includes artists who were educators with connections to Alabama, and is on display through October 22, 2017.

Center for Civil and Human Rights

The Center for Civil and Human Rights connects the American Civil Rights Movement to the Global Human Rights Movements. On display through September 3, 2017, Courage Under Fire features 38 of Joseph Postiglione’s photographs that tell the story of the burning of the Freedom Rider’s Bus in 1961. The museum’s Martin Luther King, Jr. Collection gallery features a rotating exhibition of items from the Morehouse College Martin Luther King, Jr. Collection. Currently on view, Dr. King and the Connection to the African Continent investigates the relationship between Dr. King and the peoples of the African Continent, the constant fight for liberation and equality for those of African descent, and the work of the Anti-Apartheid Movement in South Africa.

Presented by the Jewish Museum of Florida-FIU, Evil: A Matter of Intent features more than 70 artworks from over 30 contemporary and modern artists from around the world addressing the many faces of inhumanity. On loan from the Hebrew Union College Jewish Institute of Religion in New York, the exhibition was curated by Laura Kruger and driven by the idea that acts of evil are not accidents, but deliberate action or inaction. The exhibition is on view at the Jewish Museum of Florida-FIU through October 1, 2017.

Voices of the Civil Rights Movement is available at the National Civil Rights Museum as part of a multi-year loan that began January 2016. The interactive exhibit is a collaborative project from Comcast and the Equal Justice Initiative, and combines two media projects. “His Dream, Our Stories” commemorates the 50th anniversary of the March on Washington, and “Moments in Civil Rights History” highlights 52 historic episodes that illustrate the significance of America’s civil rights journey to present day.

The Newseum highlights and champions the five freedoms of the First Amendment. On display through January 2, 2018, 1967: Civil Rights at 50 employs powerful photos and images of historic newspapers and magazines to tell the story of the growing militancy of the struggle for racial justice in 1967, and how African Americans used their First Amendment rights to fight for change.

Troy University’s Rosa Parks Museum serves as an active memorial to the life of civil rights icon Rosa Parks and the lessons of the Montgomery Bus Boycott that brought racial integration to transportation and international attention to civil rights. Currently on display, The Fabric of Race examines racial violence and lynching in the United States and includes hundreds of white dress shirts, burned and stained, each with a hand-embroidered identity tag to honor forgotten victims.