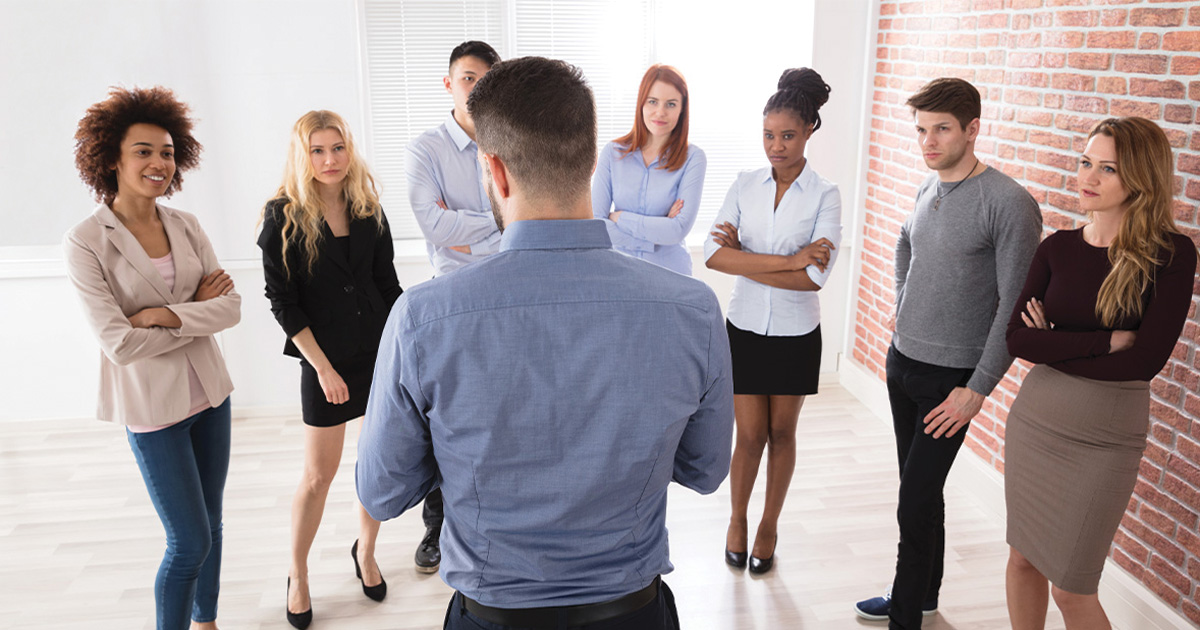 The Dos And Don’ts of Being an Effective Manager

Many of us have experienced varying career changes recently. Perhaps you’ve stepped into a management role for the first time, or are dealing with unprecedented challenges. Either way, great managers are key to companies striving for growth, especially at this particular moment in time.

However, being an effective manager isn’t always easy.

So let’s take a look at some of the big dos and don’ts of being an effective manager.

Lead by example. This is perhaps the Golden Rule of management: Do as you want your employees to do. If you give a 10-minute speech on why it’s key to show up to meetings on time, then arrive late to the next meeting, your team will almost assuredly interpret that to mean showing up on time isn’t actually that important.

Get in there. Managers aren’t “above” anything. Even the highest level of executives at Disney will pick up trash when they’re walking through Disney World, showing that it’s not a task for “underlings,” but rather a goal of cleanliness everyone is working toward together. Any opportunity you can take to work alongside your team will build trust and help them appreciate the importance of their work.

Set goals. This is perhaps your primary job as a manager, but it’s important to remember that goals are different from tasks. Don’t just give your team something to do—talk with them about what they want long-term and how they can improve in meaningful, achievable ways.

Have the difficult conversations. When a member of your team is struggling, it’s time to step in. Hopefully they’re wide open to constructive criticism, but even if they’re defensive at first, they’ll take your words to heart—as long as you approach with understanding. Broach struggles from the mindset of: What are this employee’s strengths and how can they be used to correct things? Then, what are the triggers that activate those strengths?

Recognize strengths. It’s not just Gen Z and Millennials—for a vast majority of workers, the most powerful trigger and motivator is recognition and affirmation. Positive reinforcement, when rightfully earned, trumps all.

Micromanage. The inability to delegate and let your team work shows a lack of trust and creates an incredibly stressful environment that’s hard for anyone to thrive in. Your team should be made up of capable people, not puppets.

Be secretive. Know when it feels like something’s going on at your job, but you’re not quite sure what? Everyone’s speaking in hushed tones, and people are getting spooked, worried about losing their jobs. This can be avoided altogether with transparency! From challenges the company is facing to tough decisions being made at the top, let your team know what’s going on and why.

Speak first. If you’re the first to offer ideas, your team will almost always just defer to your plan to avoid any friction. Let them pitch first, then help hone those ideas and integrate them with your own. That’s teamwork!

Be unpredictable. Great for magicians, terrible for managers. People need structure and to know that if they act a particular way, their manager and the company will in turn react in a certain way. Don’t play favorites, move goalposts, or change expectations. And if an employee is confused why you’re doing something, listen to their concerns and explain why.

Spy. Trust is key and your employees need room to be human. Spying on employees’ computers, emails, desks, etc. is simply looking for a problem and shows a lack of respect. Instead, simply react to and address issues as they arise.

Bully. This might seem obvious, but some managers still think leading means being as blunt and harsh as can be. It simply doesn’t work—fear leads people to shut down. They’ll turn off their critical thinking and run every single idea by you first, which is horribly inefficient and doesn’t empower them to feel like their ideas are valid. Or, even worse? They’ll simply leave.