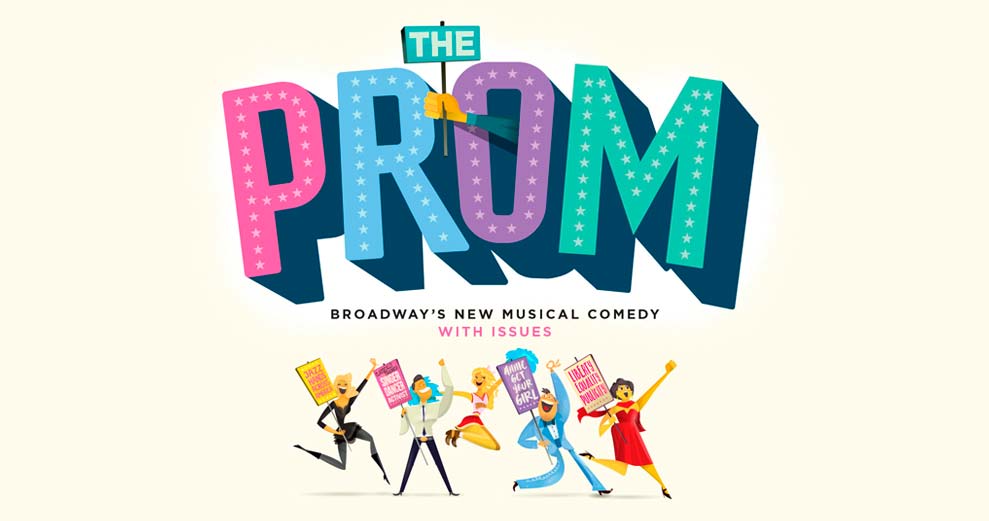 Prom is a quintessential high school right of passage—so you can imagine the drama that goes down in a small Indiana town when some parents try to intervene and dictate who gets to attend. Learn new Broadway musical, The Prom, is the perfect laugh-out-loud show with a lesson for students.

Four Broadway stars are in desperate need of a new stage. So when they hear that trouble is brewing around a small-town Indiana prom—and the press is involved—they know that it’s time to put a spotlight on the issue … and themselves. The town’s parents want to keep the dance on the straight and narrow—but when one student wants to bring her girlfriend to prom, the entire town has a date with destiny. Now, Broadway’s brassiest are coming to join the fight and they are ready to kick-ball-change the world.

Featuring uproarious laughs and show-stopping dance numbers this new musical is about inspiring people to accept their differences, being the star you were always meant to be, and that immortal truth: there’s no business like getting in other people’s business.

Perfect for student groups, The Prom will be donating a portion of all ticket sales to the Educational Theatre Foundation, a not-for-profit that provides support for theatre programs in schools across the country.

For group tickets of 10 or more call 1-800-BROADWAY x2 or see www.broadway.com/groups.