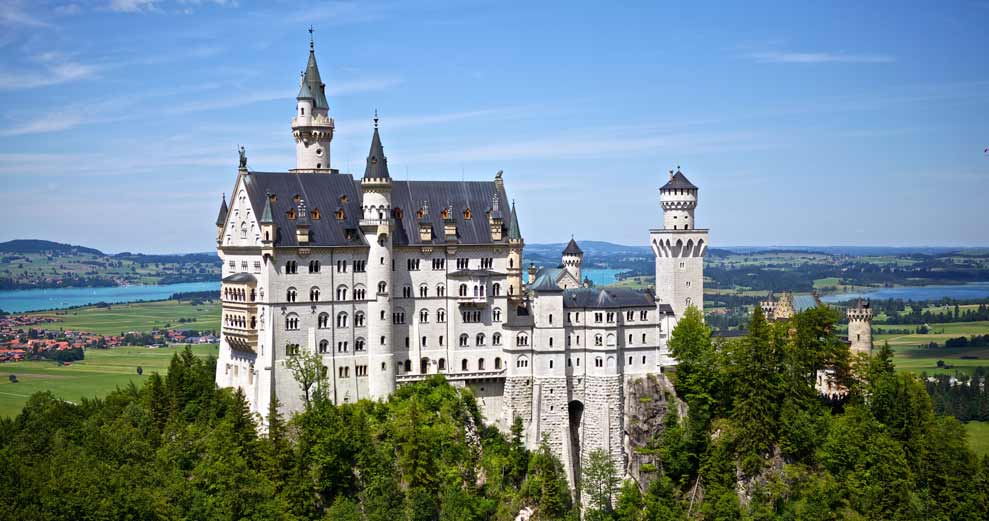 Majestic castles are aplenty around the world—and although there’s no shortage of opportunities to visit one, it may be overwhelming trying to decipher which castles are suitable for your trip. Whether your students are looking to live out dreams of feeling like they’re in an episode of Game of Thrones or Downton Abbey or simply taking in the architecture and art, these castles have something for everyone.

Hever Castle & Gardens: Edenbridge, Kent, United Kingdom
In what is usually a four-hour visit, students can soak in the historic sights of Anne Boleyn’s childhood home. There’s plenty to see and do—learn about Tudor history through family trees while touring the Castle, find your way through the 100-year-old Yew Maze, write an imaginary “thank you” note to Anne Boleyn, enjoy a family-friendly meal at the Moat Restaurant with views of the castle and more.

Dunrobin Castle: Sutherland, Scotland
Open annually from April 1 to October 31, Dunrobin Castle is the largest in the Northern Highlands of Scotland with 189 rooms and has been home to the ancestors of Lord Strathnaver for over 700 years. Students can learn about the ancient art of falconry with spectacular flying demonstrations featuring golden eagles and peregrine falcons on the castle lawn, as well as explore the castle and its magnificently maintained garden.

Neuschwanstein Castle: Schwangau, Germany
Known as “the castle of the fairytale king,” Neuschwanstein Castle is nestled in the picturesque Bavarian Alps and is one of the most popular castles in Europe. It was opened to the public in 1886—seven weeks after the death of King Ludwig II, who never got the chance to live there. Students can follow the original route of the ornate apartments and staterooms meant for the king. Neuschwanstein Castle was also used as a model for the castle in Disney’s Sleeping Beauty.

Regardless of which location you choose, your students are sure to feel like royalty on their next trip.

Topics
Recent Articles
Art and Culture Soon to Be Booming at The Metropolitan Museum of Art
Are You the Next Educator Profile for ‘Teach & Travel’?
Travel Essentials in a COVID-19 World
Stay Well NYC
+