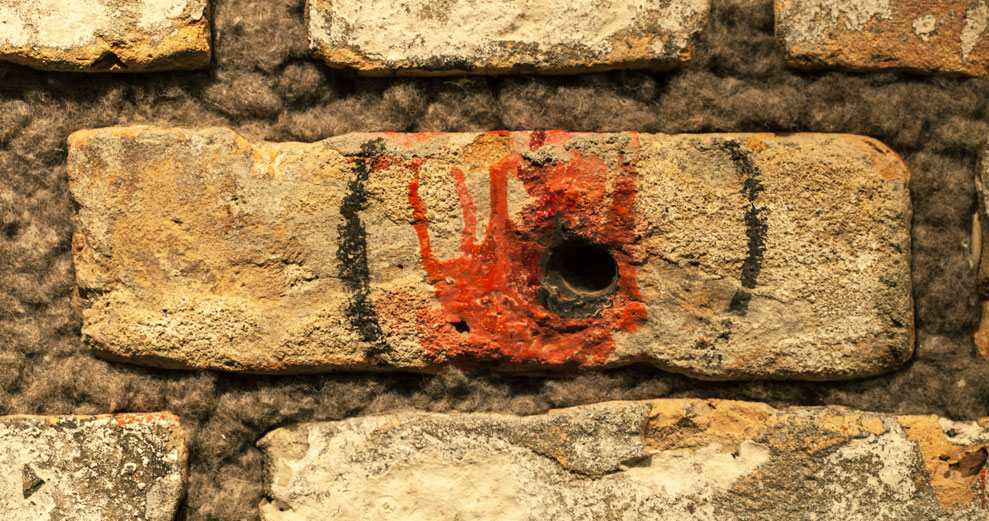 The Story Behind the St. Valentine’s Day Massacre Wall

On February 14, 1929, in Chicago, seven men affiliated with the Bugs Moran gang were allegedly killed by Al Capone’s South Side Italian gang. Today, the bullet-riddled St. Valentines’ Day Massacre Wall has been reassembled and displayed in downtown Las Vegas, Nevada—at The Mob Museum, which shares the compelling stories of the affect of organized crime on American society through interactive exhibits and hundreds of artifacts.

How the St. Valentine’s Day Massacre Wall came to the museum is its own unusual tale. Thirty-eight years after the massacre, the wall’s building was finally torn down. Businessman George Patey of Vancouver, British Columbia, bought the numbered bricks—still full of shells and slugs fired during the massacre.

Over the next 42 years, the bricks were displayed in a variety of settings including as a traveling exhibit, in a short-lived crime museum, in the restroom of a nightclub in Vancouver and finally, in 2009, in its permanent home at The Mob Museum.

From the first sale in 1967, the bricks were lettered and numbered, allowing the museum to accurately assemble and display the wall in a manner very close to its original design. Although some bricks were sold over the years, the bullet holes remain, and have been “enhanced” by red paint (no, it is not blood).

Today, the wall stands 6 by 10 feet with 323 bricks on display and an additional seven in storage. Together, the individual bricks make one structure that tells the tangible story of the events of February 14, 1929.

Courtesy of The Mob Museum. For more information, visit www.themobmuseum.org.