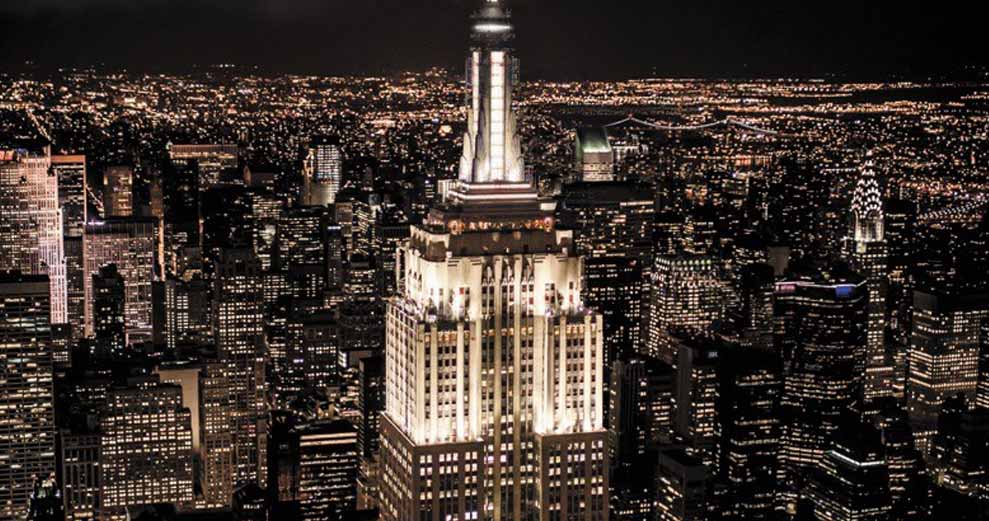 The World’s Most Famous Building

Named America’s Favorite Building in a poll conducted by the American Institute of Architects, the Empire State Building Observatory—which soars 1,454 feet above Midtown Manhattan from base to antenna—is one of the world’s most beloved attractions. The 86th Floor Observation Deck is open daily from 8 a.m. – 2 a.m. and offers students the highest 360-degree, open-air vantage point in New York City.

On a clear day, students can see up to five states: New York, New Jersey, Pennsylvania, Connecticut and Massachusetts. They can also explore the newly-designed Observatory entrance, which features a grand staircase with a two-story architectural model of the building, multilingual signage and ticket kiosks in nine languages, a new lighting ceremony space with images of past celebrity visitors, and a red carpet for VIP express guests.