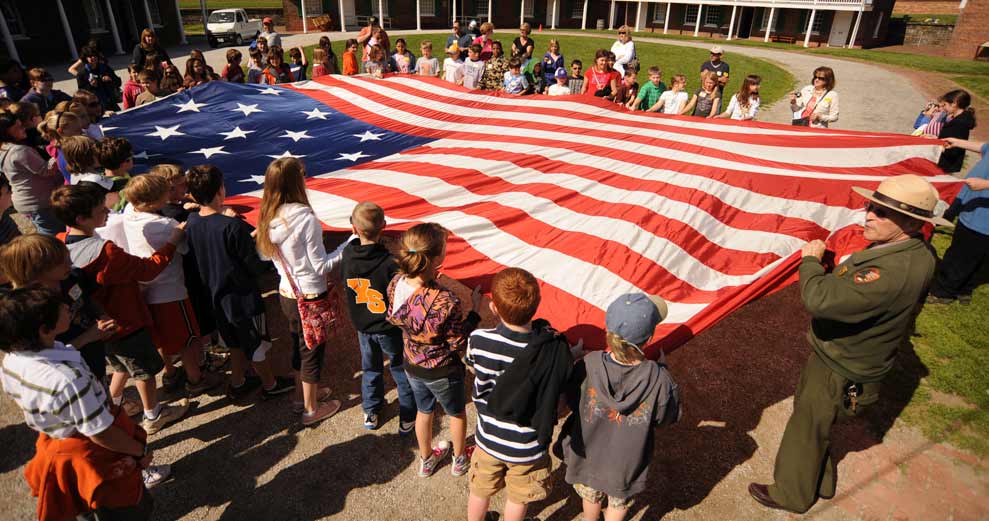 Take the wheel and plan an all-American trip for your groups to historic and scenic Maryland. With plenty to offer students looking for fun and adventure, Maryland lends a closer look at American history. We’ve selected the top 10 ways for students to enjoy the area.

Annapolis & The U.S. Naval Academy
Annapolis is the sailing capital of the United States, home to the oldest State House in continuous legislative use, and the city where George Washington resigned his commission in the Continental Army. An integral part of Maryland’s charming Colonial-style capital city, the U.S. Naval Academy Annapolis campus allows guided tours—granting students a glimpse of what life as a midshipman is really like.

Fort McHenry
Fort McHenry is primarily known for the Battle of Baltimore during the War of 1812, when American troops stopped a British invasion. The battle inspired Francis Scott Key to pen what would become the national anthem—”The Star-Spangled Banner,” originally called “Defense of Fort McHenry.” This restored fort on Baltimore’s harbor offers interactive ranger programs where students can learn about the history of the flag and more.

Baltimore & the Inner Harbor
Maryland’s largest city, this bustling metropolis is home to the National Aquarium, Maryland Science Center and the U.S. Frigate Constellation, along with a collection of historic ships, The Maryland Zoo, the B&O Railroad Museum and other cultural collections, such as the Walters Art Museum and the Baltimore Museum of Art. Student groups have a wide range of opportunities to discover what the city truly has to offer.

Frederick & Hagerstown
The heart of Civil War heritage between Gettysburg and Harpers Ferry, Maryland’s iconic battlefields include those at Antietam and Monocacy, as well as the Museum of Civil War Medicine in Frederick. Students can also visit Hagerstown—named by National Geographic as one of the Best Cities for 2018.

Performing Arts
Who says music and roller coasters don’t mix? Students can jam out at Music in the Park at Six Flags America or take a master class program with the Baltimore Symphony Orchestra, not to mention dozens of stellar shows in the Salute the Sunset Military Concert Series at National Harbor.

Content and photo courtesy of Maryland Office of Tourism Development.