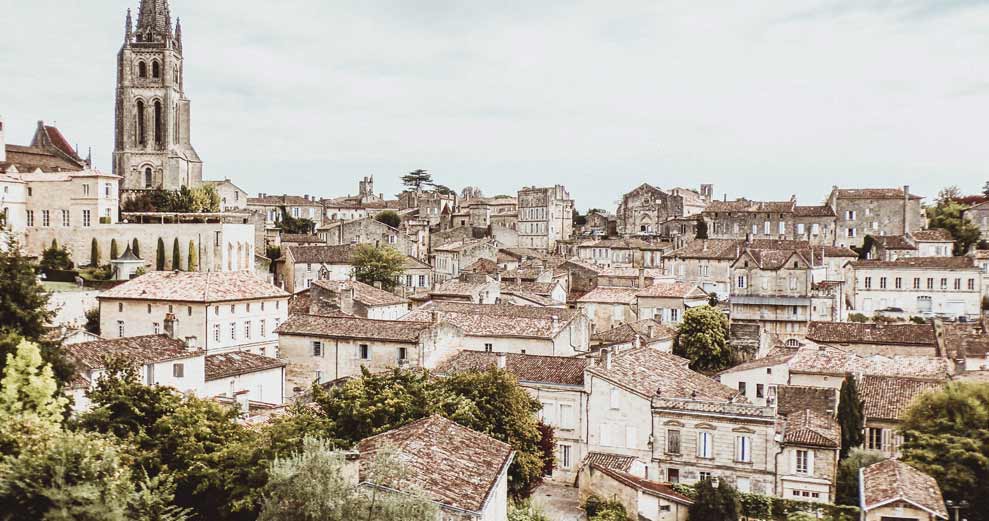 Perfect for students seeking an authentic European experience, France is home to several cities worth exploring. Thanks to Atout France, we’re detailing the top French cities to keep on your radar and the can’t-miss opportunities you could find in each.

Marion Fourestier, Director of Communications of Atout France USA, notes there are 29 top French cities—ranging from regional capitals such as Bordeaux to important towns such as Avignon and Versailles.

“They are perfect for young travelers, families, and anyone else looking for fun and authentic French experiences,” said Fourestier. “Most of these cities are university towns with a youthful atmosphere, but all of them reflect the heritage and distinctive flavors of the regions to which they belong.”

If you need even more reason to visit, the Loire Valley—the cradle of the French Renaissance—is celebrating its 500th anniversary in 2019. Magnificent architectural heritage was born in this effervescent period, spearheaded by the French Renaissance King Francis I and Leonardo da Vinci. Take part in the various celebratory festivities or simply soak up the sights.

Saint-Étienne
France’s only UNESCO Creative City of Design is less than a three-hour train ride from Paris. Students won’t want to miss La Cité du Design, which is devoted to the art of design, offers workshops for students, holds frequent exhibitions and is located in a former arms factory. Saint-Étienne is also home to Firminy, the largest architectural complex designed by Le Corbusier.

Lille
This Northern capital of French Flanders is home to a beautiful central square and lively pedestrian quarter. The city’s Museum of Modern and Contemporary Art consistently hosts exhibitions worth checking out. Be sure to also catch La Grande Braderie—the largest annual flea market in Europe.

Montpellier
One of France’s most beautiful and refined old quarters, Montpellier—to any musically inclined student’s delight—is known as a leading city for violin making. Le MOCO is a new contemporary art center, opening in the city on June 29, 2019.

Grenoble
Known as “the Capital of the Alps” since hosting the 1968 Olympics, Grenoble is a base for winter sports and offers students close access to 20 ski resorts. It’s also known for its museums, universities and research centers. Don’t forget to ride Les Bulles—the spherical cable cars that connect the town to the summit of La Bastille hill.

Le Havre
A UNESCO World Heritage Site, Le Havre is the cradle of French impressionism art, having inspired world-famous names such as Claude Monet. Students could visit Appartement Témoin—a historic show apartment that demonstrates how architects and designers aimed to rehouse locals after 80 percent of the city was destroyed in World War II.

Nice
The capital of the Cote d’Azur, Nice offers a taste of daily food and flower markets via Cours Saleya. The city is home to the annual Nice Carnival in February and the Nice Jazz Festival, in July, held in the beautiful neighborhood of Cimiez. Getting around is easy, too: The new tram line runs from the airport to the city center.

Reims
The capital of the Champagne region was practically destroyed in World War I but was rebuilt in less than 10 years by more than 400 architects. Reims is known as the home to Cathédrale de Notre-Dame de Reims, which largely survived both World Wars and, recently, a large fire. This is where the kings of France were coronated for more than 1,200 years.

Rennes
Known for its medieval quarter’s half-timbered houses and impressive cathedrals, this capital of Brittany is a center for contemporary art and music. Students could enjoy the Rencontres Trans Musicales, a premier event for contemporary music and new musical trends, or the Yaouank Festival, a revival of Breton folk music.

Versailles
Versailles historic districts include the Old Versailles on the site of the medieval village acquired by Louis XIII. It features the Convent of the Récollets and the famed Salle du Jeu de Paume site of the French Revolution’s Tennis Court Oath. Another historic neighborhood is the Notre-Dame district, notable for its church and for its antique stores and Versailles’ oldest food market—France’s second largest.

Tours
This city at the heart of the Loire Valley boasts one of the best-preserved medieval city centers in France, along with 1,500-acres of green space. Reachable in under an hour by high-speed train from Paris, students can explore Tours on the Loire à vélo bicycle route that runs along the banks of the Loire River.

Strasbourg
The capital of Alsace, Strasbourg is home to La Petite France—the city’s most picturesque quarter, with narrow alleyways, canals and half-timbered houses. Don’t forget to visit the Christmas Market beginning every late November; it dates back to 1570 and is the oldest Christmas market in Europe.

Poitier
Known as the “City of 100 Steeples,” Poitier boasts the Eglise Notre-Dame-la-Grande—a masterpiece of Romanesque church architecture notable for its sculpted facade. Students can even see the Statue of Liberty in Poitiers! In 1903, a smaller version of the famous work that Bartholdi presented to New York City was placed on Place de la Liberté.

Orleans
This city, liberated from the British siege by Joan of Arc in 1492, offers students a chance to see five centuries of works by the great masters at the Museum of Fine-Arts, enjoy the contemporary Les Turbulences building, and more. While visiting, don’t forget to try the light and crispy Jards de Loire biscuits.

Nîmes
This city boasts some of the best-preserved Roman-era structures in Europe, one of them the remarkable Arênes de Nîmes—a Roman amphitheater built around A.D. 70—where students can see concerts today. An interesting fact: The famous serge cloth used in jeans (denim) was originally from—and named after—Nîmes.

Nantes
Considered the birthplace of surrealism, Nantes is perched on the banks of the most Western part of the Loire River and is notable for the medieval castle of the Ducs of Brittany and the Memorial to the abolition of slavery. Students can peruse Passage Pomeraye, an architecturally remarkable shopping arcade.

Nancy
Considered to be the birthplace of art nouveau, Nancy is the home to three large plazas—Stanislas, Alliance and Carrière—which together form a unique ensemble of 18th-century architecture recognized as a UNESCO World Heritage Site. Famous artists who called Nancy home include Emile Gallé, known for his glasswork; the furniture genius Louis Majorelle; and the celebrated Daum crystal maker.

Mulhouse
Here, students could explore the biggest car museum in the world, housing close to 500 vintage cars—including Bugattis. Mulhouse, once an industrial town, is also known for the Cite du train: a huge train museum and beautiful textiles museum.

Metz
Metz is known for its old quarter and its Gothic cathedral’s massive number of stained-glass windows—including some designed by Marc Chagall. Students could stock up on all things Mirabelle before, after or during the annual Mirabelle Fest.

Marseille
Having undergone a stunning transformation over the past several years, Marseille is known as the European Capital of Culture, with various opportunities for students. At the entrance of Marseille’s ancient harbor (virtually built into the city’s historic center) is the ultracontemporary architecture of the MUCEM, the Museum of European and Mediterranean Civilizations.

Dijon
An elegant town with a thriving gastronomy scene, Dijon is home to the famous mustard bearing its name. Students could see the main sites along the Owl’s Trail, taking in churches, museums and galleries, shops, and café terraces. Also worth seeing is the lively central covered market, designed by Gustave Eiffel.

Clermont-Ferrand
A lively university town known as “France’s Liverpool,” Clermont-Ferrand boasts many music, theatre, and film festivals as well as various lava stone houses. Students can even visit Vulcania—an amazing volcano theme park. Not to worry: The volcanos are extinct!

Bordeaux
Like Marseille, Bordeaux has undergone a remarkable transformation and rehabilitation, especially of its riverfront and adjacent neighborhoods. Students could explore the new Museum of the Sea and Seafaring to get their dose of maritime adventure.

Avignon
This historic town is home to the largest Gothic palace in Europe, known as Palace of the Popes. This former papal residence during the 14th century is now a UNESCO World Heritage site. Students could also admire the famous Pont d’Avignon bridge while visiting.

Annecy
Full of lovely cobblestone streets and located on the lake of the same name, Annecy is situated at the picturesque foothills of the French Alps. Annecy is sometimes called “Venice of the Alps” because of the Thiou River and three canals that traverse the old city.

Angers
Located in the Western Loire, this UNESCO World Heritage Site was once the seat of the Plantagenets and is home to the impressive 12th-century Chateau d’Angers, which today houses the oldest French medieval tapestry to have survived to the present day.

Amiens
The birthplace of French President Emmanuel Macron, Amiens offers students a chance to enjoy its lively restaurant scene, a 740-acre maze of water gardens that can be toured by flat-bottomed boat, and more.

Aix-en-Provence
Known as the City of a Thousand Fountains, Aix-en-Provence is home to Fountain of the Four Dolphins, which dates back to 1667. Students could visit the atelier of French artist and post-impressionist painter Paul Cézanne.