Member Login
SYTA»Articles»Travis Coakley: Through Their Eyes
Share This 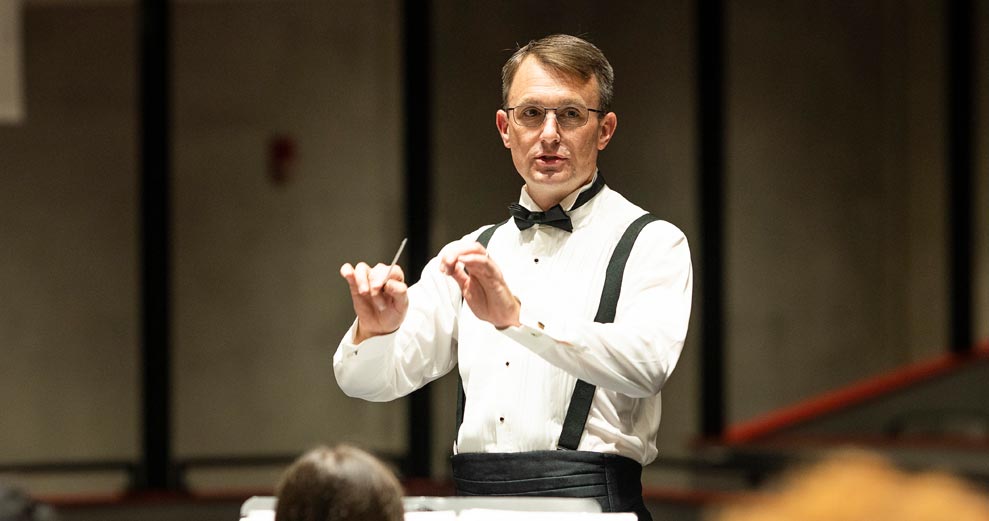 Travis Coakley: Through Their Eyes

For Travis Coakley, the joy of travel comes from viewing the world through his students’ eyes.

As a music educator, Coakley has spent most of his 21-year career traveling with students, because it’s “important for a performing ensemble to do so.” Back in 2000, his first job was assistant band director at the rural North Forrest High School in Mississippi. The high school band traveled to Walt Disney World and marched in the Magical Music Days Parade.

Since then, he’s gone on to teach at Miami Coral Park High School and Tate High School in Florida, as well as Irmo High School in South Carolina. In 2011, he took a position as Director of Bands at Biloxi High School on the gulf coast of Mississippi, and his family’s been there ever since.

At Biloxi, Coakley has won multiple music educator awards while presiding over the grade 6-12 program, which consists of approximately 650 students spread across four concert bands, a jazz ensemble, a concert percussion ensemble, winterguard and competitive marching band. Recently, the school opened a $15.4 million, state-of-the-art performing arts center on campus, and the district is annually recognized as a Best Community for Music Education by the NAMM Foundation.

His travel career is full of variety, with student trips to Ireland, Hawaii, California, Tennessee, Georgia, Alabama, Florida, South Carolina, Virginia, Pennsylvania, New York, England, France and more. With so many memories made, we asked Coakley to pick out a highlight.

“My favorite trip my students have taken was a trip to Honolulu, Hawaii,” Coakley said. “We performed a patriotic concert right alongside the U.S.S. Missouri and hundreds of visitors lined the decks and listened to our entire concert. Many veterans were in attendance and they were all so appreciative of the students. It was a perfect day, a beautiful concert, and an idyllic location.”

As with nearly every student group, the COVID-19 pandemic drastically altered Biloxi’s travel plans. Even routine events at home were cancelled, such as marching band competitions and trips to away football games. “Our Wind Ensemble trip to perform for the American School Band Directors Association National Convention in St. Augustine, Florida was cancelled. Luckily, we will be recording a concert which will be played at the convention for the attendees to see, allowing us to participate in a small way.”

Despite the letdowns, travel will return for Biloxi. Luckily, Coakley has years of experience and wisdom to lead the way when the moment comes. His advice? Start planning now, as doing things at the last minute is “a recipe for disaster.” Parents, students, travel companies and educators all need time to prepare in their own ways, whether it’s nailing down an itinerary or raising money to make the trip happen.

His biggest advice, however, is to not go it alone.

“Find a travel planner that you trust and let them help you. There is a peace of mind that I cannot adequately express when you have a trusted travel planner who takes care of all of the details for your trip, allowing you to focus on your students and your performance. I have used the same travel planner for over 15 years for this reason. As educators, we have enough on our plate.”

Even while moving and working at schools across various states, Coakley has stuck with his tour operator of choice, Justin Shuler of Group Travel Network. “I have used Justin and his associates for every trip I’ve taken students on for the past 15+ years. Their service and attention to detail is impeccable. From the moment we load the bus to leave until the moment we return, I know that our group will be well taken care of.

“Justin has handled any issues with hotel managers, excursion operators, theme park attendants, and has personally walked parade routes with me during performances. He is the ultimate professional and I’m proud to call him my friend.”

With travel on the horizon, Coakley is excited to someday hit the road with his students and Shuler yet again. If anything, the lack of travel has made it clear how important it is for young people.

“I can say with 100% certainty that traveling benefits young people. It never fails that following a trip I notice a tighter bond has been established among the students who traveled. They now have a shared experience that they will remember for the rest of their lives. Additionally, I notice that my students’ vocabulary increases, their understanding of the world around them is elevated, and the empathy they express towards others is increased because they have been introduced to new people and new cultures.