Member Login
SYTA»Articles»Where They Once Stood: Transporting Learning to Historic Sites
Share This 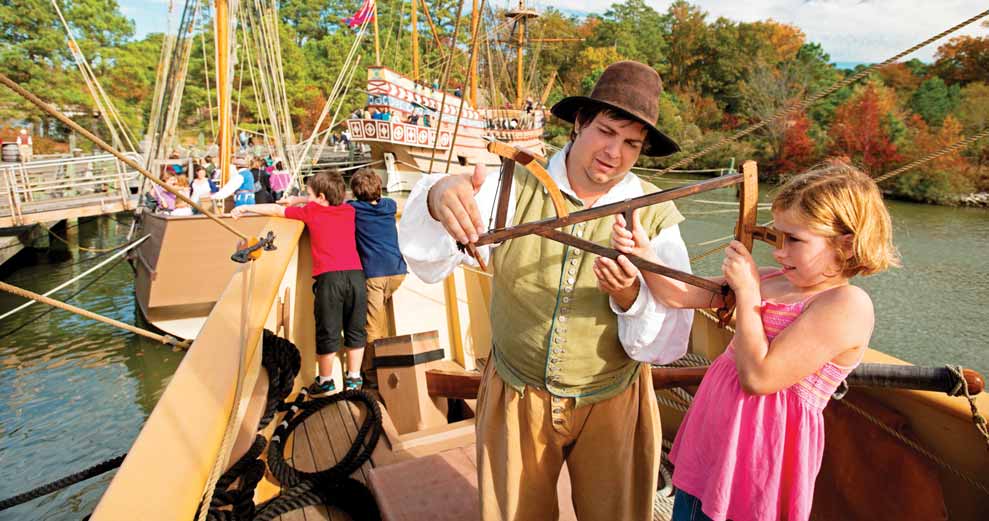 Where They Once Stood: Transporting Learning to Historic Sites

Textbooks are full of detailed descriptions and imagery depicting important events of our past. While they’re invaluable learning tools, nothing replaces experiencing the real thing. Taking students to specific locations—to stand where the historic figures they read about once stood—brings learning to the next level.

Some say there’s an energy that lingers around places that were host to notable events. There’s only one way to find out.

“The museum tells the story of the American Revolution from the perspectives of the many people who lived through the war,” said Dr. Elizabeth Grant, Director of Education at the Museum of the American Revolution. “Children can see how many people play their part in making history and that you don’t have to be an adult to make a difference in your community or world.”

Boston Tea Party Ships & Museum | Boston, Massachusetts
Tea, anyone? Samuel Adams and the Sons of Liberty lead student groups in a re-enactment of the historic town meeting held mere hours before the Boston Tea Party. They’ll destroy the Crown’s tea aboard an authentic 18th-century replica vessel. Top off the experience with a spot of tea and tasty treats in Abigail’s Tea Room.

Gettysburg Foundation | Gettysburg, Pennsylvania
At the Gettysburg National Military Park Museum and Visitor Center, students will learn about sacrifices made during the Battle of Gettysburg and gain lessons that remain relevant to our lives today. Get closer with a tour of the 6,000-acre battlefield! Hop on a bus or car with a Licensed Battlefield Guide or follow the self-guided auto tour of the park’s official road map and guide.

Jamestown Settlement | Williamsburg, Virginia
Students can climb aboard re-creations of three ships that sailed from England to Virginia in 1607 and explore life-size re-creations of the Colonists’ fort and a Powhatan Indian village. Historical interpreters describe and demonstrate daily life in early 17th-century Jamestown.

“Students can enjoy a new series of enhanced education programs called Dig Deeper that incorporate math and science alongside topics such as cultural home construction, sail setting and forensic science in piecing together some of history’s mysteries,” said Tracy Perkins, Media Relations Manager for Jamestown-Yorktown Foundation.

National Constitution Center | Philadelphia, Pennsylvania
Sure to be inspired and informed, students can learn the story of the constitution through multimedia performance Freedom Rising, enjoy hands-on exhibits and engaging activities, and even sign the Constitution in Signers’ Hall alongside 42 life-size bronze statues of the Founding Fathers.