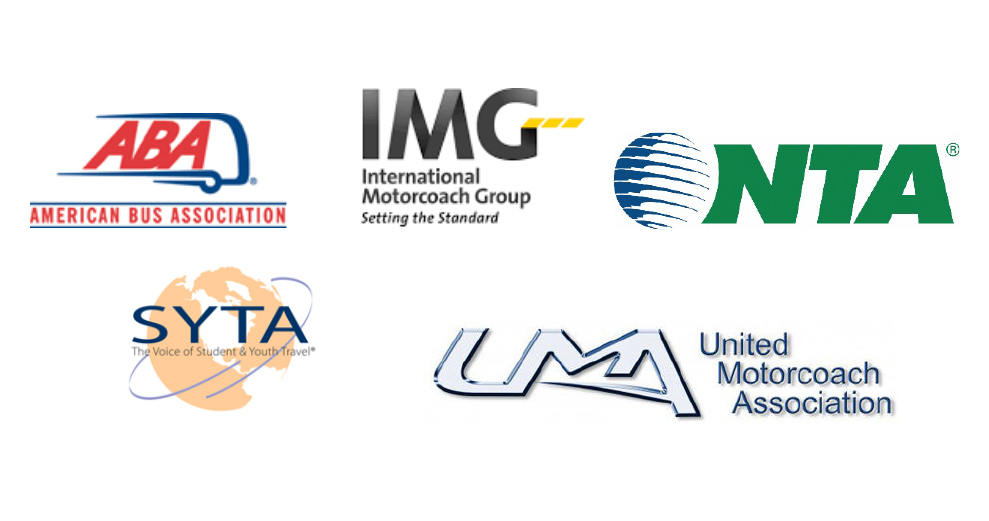 As Americans and motorcoach, travel and tourism professionals, our country and industry are better and safer when we work together for a common goal. The world has watched with anger and horror over the recent terrorist attacks in Paris, France.

Today the leadership of ABA, IMG, NTA, SYTA and UMA are coming together to urge all of our members to be vigilant and once again increase our industry’s level of awareness; as well as report to law enforcement officials anything that may appear unusual. Be proactive. If you, your employees or your passengers see something, say something. Call 911.

We’re also making available to everyone these critical motorcoach security procedures produced by the Bus Industry Safety Council and we encourage you to read them and distribute them to your staff.

So far, we have received only anecdotal reports from our collective members of a few groups considering cancelling trips. However, some local media outlets are making calls to members asking that question and asking about the safety of group travel. At the present time, intelligence and law enforcement officials say there are NO specific, credible threats against the U.S. and we are encouraging you to continue operating your business normally. However, if you receive inquiries about security, let them know the company is taking proactive steps and you are implementing the items in the Post-­‐Paris security procedures PDF or undertaking other security measures. If there is a media inquiry and you need assistance, call the respective media/communications officers of each association.

Last week terrorists tried once again to instill fear into our society by attacking a shopping district, restaurants, a sports arena and a concert hall. These were not locations known for their religious or political significance, rather they were familiar places where innocent people became victims while enjoying themselves and relaxing with family members and friends.

Terrorists look to destabilize society by creating fear. Giving into their hatred rewards terrorism. As an industry that safely moves hundreds of millions of people a year on motorcoaches, on vacations or to work, we will continue to stand together, strong and united.